Rustem’s impact on policy is grounded in partnership, persistence, passion

When Bill Rustem stepped away from his countryside home in Frankenmuth and into Lansing, he never stopped birding among the pine trees and fishing from trout streams. In the 50 years since, he has never stopped shaping landmark policies and laws that protect the nature he has deeply cared for.

Rustem’s passion for the public good is decades deep, and his work’s legacy will extend for decades more. He led a ballot campaign to create the state’s revolutionary bottle deposit system. He helped create a public land and recreation trust fund powered by energy industry revenue. He shaped policy on water and wildlife protections. And he continues to strengthen the protections he helped create through partnership, patience and persistence.

“His reach over the course of his career in public policy and environmental conservation policy in Michigan is probably unmatched,” said Steve Hamp, his longtime friend. “It is just astonishing.”

For his behind-the-scenes work in environmental policy, Rustem will receive the Helen & William Milliken Distinguished Service Award from Michigan Environmental Council for his outstanding leadership, enduring commitment and extraordinary public service in protecting natural resources at the local, state and national levels. This premier, lifetime achievement award will be given at MEC's Environmental Awards Celebration, livestreamed from 5:30 to 6:30 p.m. Oct. 1.

Hamp first met Rustem 25 years ago when Rustem led Public Sector Consultants, a lobbyist group that has helped secure many wins for Michigan’s environment. Now, the two are board members of the Michigan Natural Resources Trust Fund, the nation’s only constitutionally protected fund for public land and recreation.

The trust fund first came to be 44 years ago. Rustem was key in creating it.

At the time, he was advising Gov. William Milliken in environmental policy. If Rustem’s childhood shaped his interest in the environment, Gov. Milliken, his first post-college boss, led him to make its protection his life’s work.

“I was inspired by Milliken, that public service is a noble experience, and it’s a good thing to dedicate your life to,” Rustem said.

As Rustem rose from administration intern to Milliken’s chief environmental policy adviser, public concern on the nation’s nature did, too. Lakes and streams were nearly nothing but carp and pollutants, he said. The air was thick with particulates. Rivers were on fire. 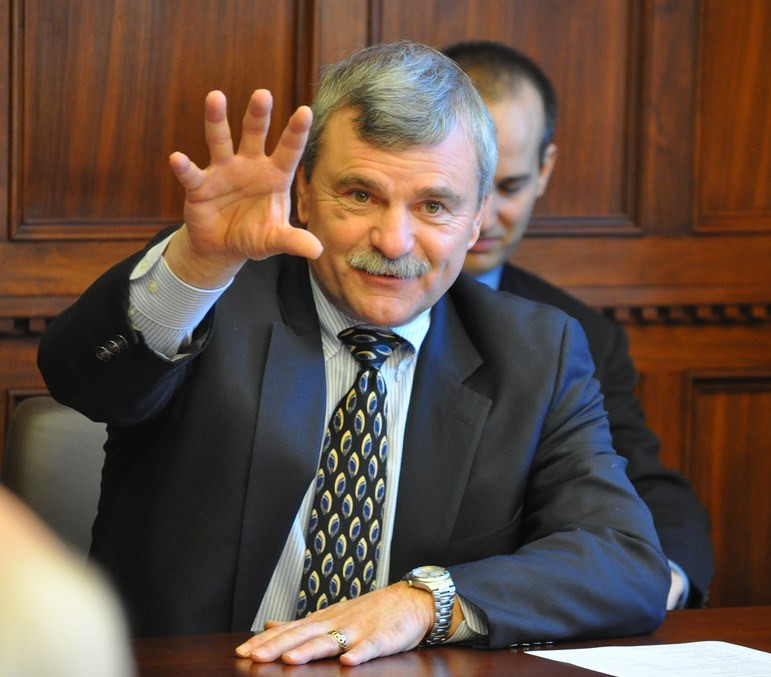 “The public will, it clearly changed,” Rustem said. “There was a fervent interest in improving the quality of the environment.”

Both Rustem and Gov. Milliken were aware of the environmental switch that had been flipped, and they were excited to respond to it.

During most of Republican Gov. Milliken’s 14 years leading Michigan, the Legislature was controlled by Democrats. At best, the houses were split by party majority.

But Democrats and progressive Republicans alike saw the value of conservation, ecological improvement and addressing environmental health. Universities, too, were willing to help through research and expert advice.

It was at this intersection -- between Democrats and Republicans; concerned Michiganders and environmental organizations; state employees and college professors; and one compassionate Republican governor -- that Rustem worked within and coordinated.

Rustem continued to work in that coordinating capacity wherever he went, whether as executive director for Center for the Great Lakes, a policy analyst for Gov. Rick Snyder or as a member of numerous executive boards.

Rustem said he has never forgotten one piece of advice that ultimately shaped how he shaped environmental policy. It came from his colleague, former conservation committee chair Tom Anderson, as they worked on a wetlands protection bill.

“Never let the perfect be the enemy of the possible,” Anderson told him.

Rustem said that sentence taught him public policy does not move in fell swoops but in increments. Persistence is key. One must constantly progress.

“That’s hard for a lot of people to understand, but that’s how it’s supposed to work,” Rustem said. “You move where you can get, and then you move again.”

That progressive, incremental approach can be seen in the so-called “Bottle Bill,” Rustem said. The landmark law gave Michigan consumers a 10-cent return for each can and bottle they recycled. 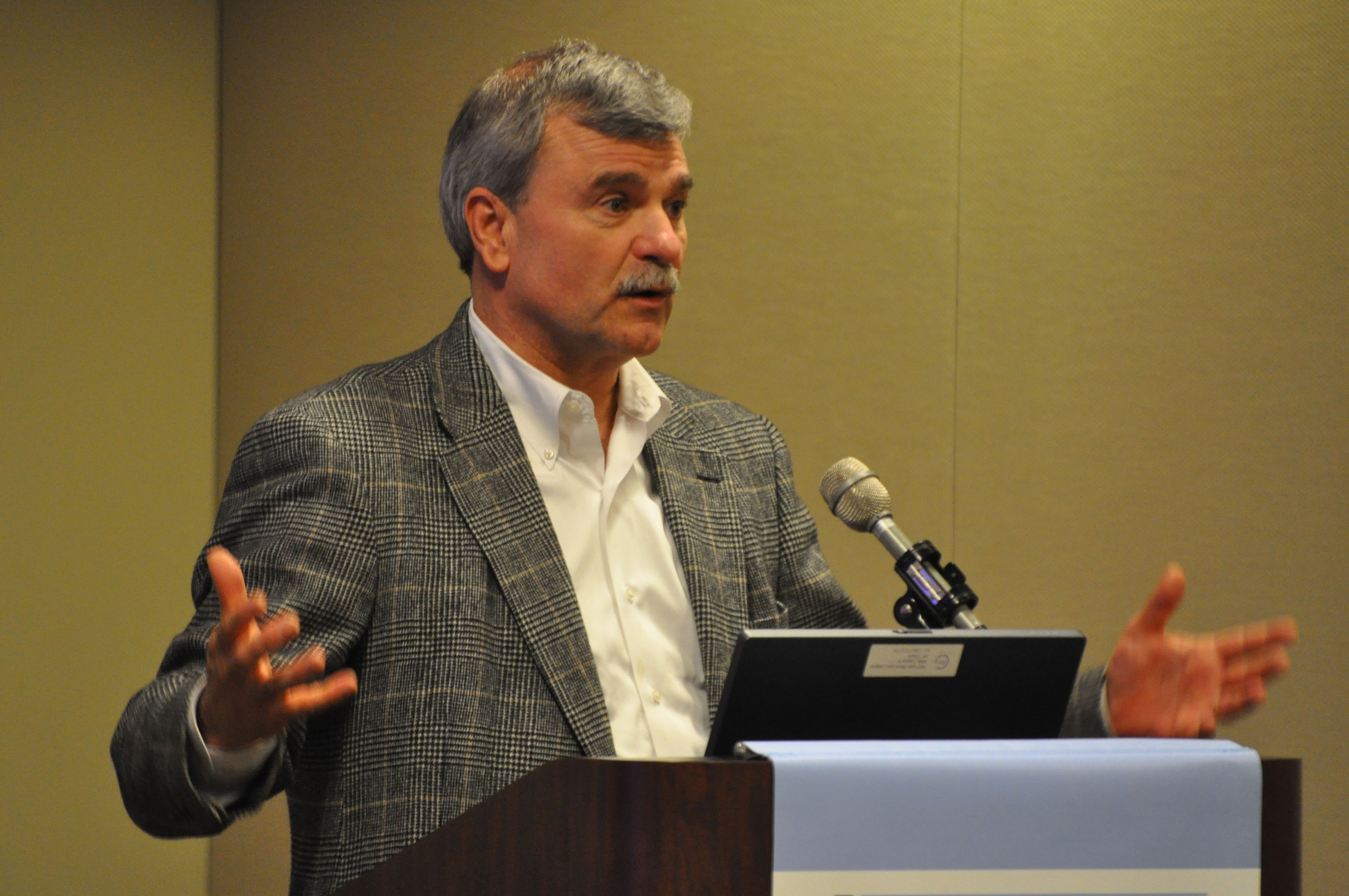 After a Gov. Milliken-approved proposal of it failed legislatively, Rustem left the administration to lead a ballot campaign to deliver the public’s want for such a law. Rustem worked with environmental leaders, lawmakers and concerned residents alike to first gain publicity, then acceptance of the proposal. Voters approved it in 1976.

Now, 44 years later, the law continues to incrementally expand. Bills widening the acceptable containers and increasing returns are being considered in the House and Senate.

Meanwhile, a ballot proposal expanding another landmark law Rustem helped work into Michigan constitution will be considered by voters in November. It removes the cap of funding for the Michigan Natural Resources Trust Fund, which Rustem led a ballot campaign for and now oversees as board chair. The fund was approved by two-thirds of voters - with support from conservation clubs and oil and gas companies alike  - in 1976.

“He is an individual who brings not only smarts to the table but heart as well for these issues,” said Chris Kolb, Michigan’s budget director and a friend of Rustem’s. “You can tell from his decades of working on environmental issues that Bill’s not in it for the headlines but for progress.”

Rustem said each law he played a part in was made possible by bipartisanship, partnership, patience, persistence and public outreach.

Kolb and Hamp shared similar sentiments, adding that his insightful personality and willingness to listen makes him the mover and shaker he is.

That passion continues. Rustem pushes for clean, efficient energy with Michigan Energy Michigan Jobs. He makes executive board actions on public land and recreation through the Natural Resources Trust Fund; on equitable economic justice through the Michigan League for Public Policy; and on tourism and sports through Crystal Mountain.

And, naturally, Rustem continues to enjoy Michigan’s flora and fauna, as he has for decades, as a fly fisherman. He has had his feet in the water of just about every trout stream, Hamp said.

To see Bill Rustem accept his award and speak of his work, view our 2020 Environmental Awards Celebration recording.