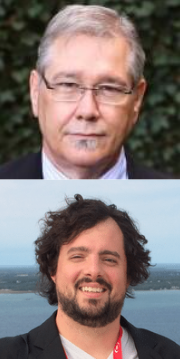 If you've been following the journalism of Michigan Radio and MLive, you'll know that our state has experienced environmental threats and successes large and small—climate plans, closing coal plants, river spills, packed parks, trail projects, and so much more. Lester Graham and Garret Ellison—the outlet's respective environmental reporters—have covered each with nuance, compassion, a critical eye, and a macro-level insight.

What can we take away from the myriad environmental developments of 2022? What does it all mean for 2023 and beyond? How will Michigan's new Democrat-controlled makeup come into play?

On the heels of a record year for Michigan parks attendance due in part to the COVID-19 pandemic, Gov. Gretchen Whitmer announced last week a proposal to spend an additional $150 million in American Rescue Plan funds to improve infrastructure at local parks across Michigan. The announcement is an addition to the $250 million Whitmer announced in June for upgrades to the state’s park system, which the Michigan Environmental Council also supported.

The budget proposal, which requires approval from the state legislature, would create a grant program administered by the Michigan Department of Natural Resources that seeks to enhance the economies, health and recovery of local communities across the state.

The Michigan Environmental Council joined more than 60 environmental, outdoor recreation, academic, political, religious and business organizations to give the Upper Peninsula of Michigan's wilderness the highest level of protection.

The Keep the U.P. Wild coalition is seeking federal Wilderness designation for four tracts of public land in the Upper Peninsula: the Trap Hills, the Ehlco Area, Norwich Plains, and an addition to the existing Sturgeon River Gorge Wilderness area.

The budget proposal would direct funds to eliminate the massive backlog in state parks maintenance as more people than ever use them. The investment, in turn, would:

In April, Michigan House Republicans set forth budgets that, if approved, would send our state into a tailspin of instability, threatening the lives and livelihoods of Michiganders in every political district.

House Bills 4395 and 4397 passed out of the Michigan Legislature with only Republican approval, and not all Republicans at that. If made law, the Departments of Natural Resources (MDNR) and Environment, Great Lakes and Energy (EGLE) would only be able to function about 12 weeks at a time on budgets 25% of what they are now.