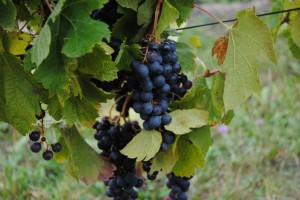 Michigan's Leelanau County is at the top of the list of the state's healthiest counties, according to a recent study by the University of Wisconsin Population Health Institute and the Robert Wood Johnson Foundation. Parts of Southeast Michigan, the Grand Traverse area and West Michigan seemed to house most of the healthiest counties; check out where your county landed in the study. Do you think Leelanau's ranking had anything to do with its utterly refreshingly lack of fast food restaurants?

Farther North yet, the Christian Science Monitor has surveyed the imminent mining boom in Michigan's Upper Peninsula with this reporting. The otherwise even-handed piece fails to note that the current type of mining is much different and riskier than the mining of the U.P.'s past. So-called sulfide mining is a explained here.

Moving into urban issues, the historic River Rouge coal plant was the largest of its kind on earth when it opened in 1956. Mother Jones has a terrific photographic essay on the aging plant's visual legacy. Scroll down the photos far enough to see the Sierra Club's indefatiguable Rhonda Anderson, along with a good analysis of how her organization (an MEC member and ally) is working not just to replace the behemoth with cleaner energy, but help the community better absorb the loss of jobs the plant's closure will create.

One of the state's most invisible environmental challenges are the thousands of leaking underground petroleum tanks across the state. These sites threaten drinking water, surface water, soils and in some cases public health. Here's the first in a Bridge Magazine series done by Michigan journalist and author Jeff Alexander. He explains how if the state does not act decisively, the problem will only get more costly.

Hey, there's good news too: The Federal Government and five states, including Michigan, have come to an agreement to expedite the process of building off-shore wind farms around the Great Lakes region.

Finally, under the heading clean technology, some crazy Belgian is trying make pigeons poop soap, to help clean the cities they now soil. MEC has no position on soap-pooping pigeons.