For some, happiness is associated with pleasant things, like a good book, maybe relaxing with family, or the satisfaction that comes from a job well done. But not Nancy Warren. Her contentment? It seems to come from ‘the good fight,’ preferably one with long odds of winning.

“My husband has said I am not happy unless I have five or six wars going on,” Nancy laughs. “In fact, it’s become a tradition when friends visit, they always say, ‘What are you fighting this time?’”

The inclination is ingrained. “Once you get the activist’s blood,” she contends, “you can’t stop.” Which has been good for the environment of Michigan’s Upper Peninsula.

For the past 25 years, Warren has devoted her life to standing up for the protection of some of the features that make it special. It’s meant challenging over and over the actions of utilities, developers, politicians, state agencies, and powerful special interests. More often than not, they’ve had to back down and remove threats to waterways, habitat, forests, and, most notably, gray wolves, among other features. 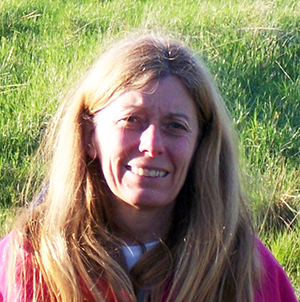 In recognition of this sustained commitment and conviction, Warren has been selected as the 2018 recipient of the Michigan Environmental Council’s Petoskey Prize for Environmental Leadership.

“Nancy Warren is the epitome of a grassroots leader—seeing a need and taking the initiative to engage with others to find solutions,” says MEC President Chris Kolb. “We are glad to recognize her work to protect and sustain the wild beauty of the Upper Peninsula for future generations.”

Warren is a Yooper transplant originally from New York. Growing up, she was sensitive to the region’s pervasive pollution and recalls bays so choked with chemicals they burned, and barges hauling garbage out to sea. She started becoming interested in fixing the problems while attending a progressive Catholic high school in the late 1960s. “The school encouraged us to protest things we saw were wrong in the world,” she says. “That’s where I learned to think for myself.” She threw herself into the nascent environmental movement, following Pete Seeger, joining marches, and calling for change. “While other kids were going to college,” she says. “I was going to environmental rallies.”

Eventually Warren left New York, which was too big, noisy, and dirty for her, and moved to St. Joseph, Michigan. She landed a job with the Social Security Administration, eventually married her husband, Al, and then relocated again, settling across the state in Holly. Before long, she’d jumped into local issues, raising awareness and motivating people to take action against light pollution and diminishing green space. These experiences revealed a knack for organizing. It helped her go on and lead a drive that turned out 1,000 people—a quarter of Holly’s population at the time—at a village council meeting to shut down a “done deal” to build a prison in town.

Early incidences like these conferred lessons that have stuck, like the value of a good message and the importance of motivating others. “You have to engage the public and break down issues into language they can understand,” she says. “We have a powerful voice. [Yet] so often, people are complacent and say, ‘It’s going to be what it’s going to be.’ They feel powerless and don’t know how powerful they are.”

Despite her tussling tendencies, Warren is a real people person. She’s someone who’s patient, respectful, and thoughtful. A willingness to listen is a strength, and so is the capacity for compromise. “We spend too much time trying to convince people to accept our thinking,” she says. “I like to try to get to know people one on one,” she says. “We can usually reach common ground. That’s what I work the hardest at.”

All her life, Warren has been interested in learning. One day in 1993 she read an article about a U.S. Forest Service wolf-management program. Intrigued, she called to inquire. A ranger informed her that the program was for professionals, but suggested she attend an upcoming Timber Wolf Alliance workshop in Wisconsin open to the public.

The workshop offered classroom and outdoor presentations about the region’s wolf population, everything from how it’s monitored to their biology. It was here she first saw wolf tracks and scat (which she quickly bagged and brought home to show Al). “I was so in awe to be in an area where there were wolves,” she says. Returning for the following year’s workshop, she first heard wolves howling— “It was a magical moment”—and then signed up to give public presentations across the region.

The next year, the Warrens moved permanently to the U.P. and soon noticed exciting signs of wolves on their property near the Ottawa National Forest. She continued studying wolves and became a volunteer wolf tracker for the Wisconsin Department of Natural Resources. “It just kept building and building,” she says. “What started as a curiosity became a passion.”

That word also describes her feelings for the Western U.P., or “God’s Country” as she calls it. She and her husband relish exploring its wonders. Long walks in the woods introduced new interests, like the local wood turtle population which she was soon surveying for the forest’s wood turtle monitoring project. They also made her aware of destructive activities, like a utility’s plan to grant private easements on lands -- that according to the license, are to be managed for aesthetics and public access -- and off-road vehicles riding off trails to destroy turtle nesting areas. In instances like these, she has repeatedly documented the actions, researched records and campaigned for change. Sometimes she had to stick with it for years. “I just don’t give up,” she says, “It’s both a fault and a quality, but that’s the way I am.”

Michigan’s wolf population has grown steadily since the Warrens moved north. Wolves have been documented in every U.P. county, and there are now more than 600 of them living in the region according to DNR estimates. Their growth sparked a corresponding rise in concerns that wolves were harming livestock and deer populations.

These trends collided in a skirmish that lasted two years. First, Michigan legislators passed a law in December 2012 to designate wolves as a game species and open the door to a wolf hunting season. In response, a diverse coalition of conservationists, scientists, and animal-welfare advocates, among others, formed Keep Wolves Protected in Michigan and collected more than 250,000 signatures to have a statewide ballot vote on whether to allow a wolf hunt. Legislators countered by passing another law that gave power to open a wolf hunt to the politically appointed Natural Resources Commission, which authorized a wolf hunt. The Keep Wolves Protected coalition retorted with another signature-collection drive that created a second ballot referendum, this one on whether to repeal the NRC’s power to authorize hunts involving protected species.

Hunters killed 22 wolves during the November 2013 hunt; but in November 2014, citizens voted to shut down wolf hunting and take away the NRC’s new authority.

Warren, of course, was in the thick of these battles as the coalition’s U.P. coordinator, overseeing efforts to collect signatures and giving presentations. She also took it upon herself to investigate a few reported incidences at the center of the fight: reports of wolves killing a farmer’s cows, threatening a daycare center, and terrorizing Ironwood residents. Relentlessly digging for data using Freedom of Information Act requests, she uncovered buried documents that proved the reports were fabrications. These findings, media stories to report them, and many calls to law enforcement led to the prosecution of the farmer for charges of animal abuse in the death of a guard donkey provided to him by the DNR, as well as the admissions of sharing incorrect information by a DNR official and a state legislator. “I try to arm people with knowledge,” she says. “When the law came up on the ballot, people said "No' because they had the facts.”

Now that Warren is retired, she works full-time in volunteer advocacy roles. Her biggest commitment is serving as Executive Director of the National Wolfwatcher Coalition, a grassroots organization working to raise awareness in the Great Lakes region and across the country. She also holds leadership roles with the Upper Peninsula Environmental Coalition, Friends of the Wisconsin Wolf, the Northwood Alliance, and the Ottawa National Forest Resource Advisory Committee, as well as others. Meetings are constant. Travel is frequent. Educational presentations continue, too.

“It’s a lot of work,” she admits. “But when you’re passionate about something, that’s what you do.” Besides, she can’t slow down. There's a movement underway to change wolves' standing as a federally protected species. And so the fight goes on.