The settlement will save lives from the worst of climate change, air pollution

Per the Michigan Public Service Commission, Consumers will also no longer purchase three methane gas plants. It will also install at least 8,000 megawatts of solar power—enough to power over 1.2 million homes according to industry estimates. Finally, it will expand its energy storage capacity, making its renewable energy sources even more efficient and effective.

These commitments will help Consumers and Michigan hit their respective carbon neutrality goals. Together, these efforts will protect Michiganders, their communities, and the nature they love from the worst of climate change, like extreme weather, flooding, and air pollution. 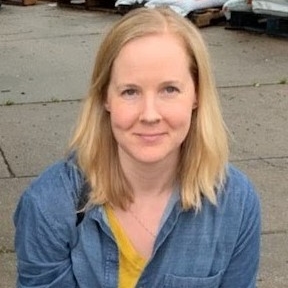 “Michigan Interfaith Power & Light inspires people of faith to take action as stewards of the earth,” said Leah Wiste, executive director of Michigan Interfaith Power & Light, a Michigan Environmental Council member group, in a press statement. “This is why our members joined dozens of organizations and thousands of people across the state calling for a more responsible, equitable power plan from Consumers Energy. We celebrate this historic agreement that highlights the power of community and proves that real change can come when we stand in solidarity for climate justice.”

The decision comes from a settlement reached by Consumers and approved by the Michigan Public Service Commission. The Environmental Council has long intervened in the Commission's legal utility decisions, and this effort was no exception.

Next, the Environmental Council and the organizations it has joined will ensure Consumers sticks to its plan, safely shuts down its coal plants, and converts their spaces into something the surrounding communities want.

The coalition, called the Michigan Clean Consumers Energy Coalition, will also continue fighting for DTE Energy to close all its coal plants, too. It's the only major Michigan utility that hasn't moved beyond the dirty, expensive fossil fuel.