Another way to help Flint

We've been getting calls in our office lately from people concerned about the Flint water crisis-folks from as far away as West Virginia and New Mexico-who want to know what they can do to help.

One easy answer: Head over to helpforflint.com, where you can easily donate to community organizations working to help Flint residents, or sign up for a volunteer shift. Please consider volunteering, and ask for help from your family, friends, coworkers or members of any groups you belong to. (MEC staff members had a wonderful experience volunteering with the Red Cross this past weekend. We had great leadership from a pair of seasoned disasater-response veterans, got some exercise and delivered four truckloads of water and filters to Flint residents. It was definitely a day well spent.)

Donating money and volunteering your time are good, helpful steps, and we encourage everyone to chip in however they can.

In addition, we'd like to propose another way to help: Visit Flint. 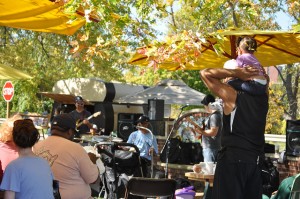 The serious health impacts and human suffering caused by the disaster are outrageous, and we need to do everything we can to help the people of Flint. We also should do what we can to support the city. Flint has faced serious challenges for years, and the water crisis certainly hasn't helped its reputation.

But anyone who has spent time there knows Flint has a lot to offer. (And it's worth noting that, while the Flint River's reputation has taken a beating during the drinking water crisis, it's an outstanding recreational asset for the region, and its water quality is improving. The problem was improper treatment of the water, not the river itself.)

So, we encourage you to spend a day exploring Flint, support some local businesses and tell your friends about the good stuff you find. Here are just a few options.

Shop and dine at one of the country's great farmers markets.

Did you know Flint has a world-class farmers market? In 2009 it was named the "Most Loved Market in America" in an online contest, smoking the closest competition by more than 1,000 votes. Established in 1905, the market moved to a new location downtown in 2014. The American Farmland Trust ranked the Flint market number three in the nation last year, and the American Planning Association listed it among just six designated Great Public Spaces.

There's a wide range of foods available at the market, from local produce to gourmet popcorn, cheeses, chocolates, Middle Eastern cuisine and barbecue. Classes and workshops also are available. It's open year-round, but only on Tuesdays and Thursdays from 9-5, and Saturdays from 8-5, so plan accordingly. 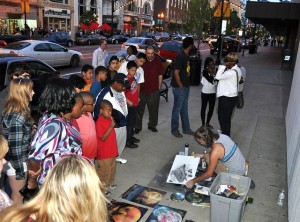 If you grew up in the Greater Flint area, there's a good chance you have childhood memories of a trip to the city's Cultural Center, whether it was for a holiday performance of The Nutcracker at the Whiting, stargazing at the Longway Planetarium or exploring history at the Sloan Museum. (Did my elementary school class really have a sleepover in the Sloan's dinosaur exhibit, or am I inventing the memory of trying to sleep, terrified, with a T-Rex to my side and a pterodactyl overhead?)

The Cultural Center is a truly impressive concentration of arts and culture that draws more than 610,000 visitors each year. Don't miss it.

Raise a pint at Tenacity Brewing.

Let's just get it out of the way: No, there isn't any lead in the beers at Tenacity Brewing.

"The quality of our main ingredient is very important," the company told its fans in a Facebook post. "We have filtered our water since the day we started brewing. Our ongoing tests show that we are absolutely lead free."

And you can feel good about raising a glass-order from a designated tap that rotates among the 12 beers on tap, and Tenacity will donate $1 to the Flint Child Health and Development Fund.

The tasting room is closed Sunday and Monday, and opens at 3 p.m. Tuesday through Saturday.

The Crim Festival of Races isn't until August, but it's not too early to sign up. The 10-mile flagship race and shorter courses draw runners from all over the world and turn downtown Flint into a big, family-friendly party that celebrates its 40th anniversary this year.

Since organizing its first race in 1977, the Crim Fitness Foundation has provided nutrition and physical fitness education and advocated for safe routes to school, bike-friendly communities, improved parks and trails and other components of the healthy, active lifestyle MEC also works to promote. 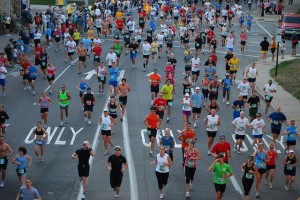 August is a ways off, but you can start training with a run along the Flint River Trail.

We're just scratching the surface here, folks. You could try ice skating in downtown Flint, visit Stepping Stones Falls, pick up some Michigan-made organic goodies at The Local Grocer-the list goes on. Use the comments section below to let us know what you'd add to the list.

By all means, give generously to the groups working on the ground to help Flint residents. Volunteer your time. But don't forget that Flint has top-notch cultural attractions, tons of good food and plenty to see and do. Helping Flint can be fun.