It's not renewables; it's MISO

The reality is that poor planning on the part of the Midcontinent Independent System Operator (MISO) and its slow movement connecting more renewable energy to its transmission system are largely to blame for the Midwest’s current predicament. 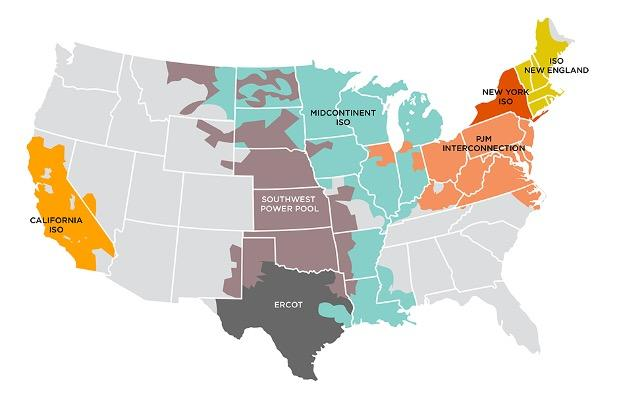 MISO is a nonprofit that operates energy transmission lines across 15 states (including Michigan) and the Canadian province of Manitoba. These lines send energy from across those states and provinces to local areas.

Like other regional operators that transmit energy to MISO is responsible for organizing energy markets, making sure energy is reliable, and building new energy transmission lines. MISO also approves and connects sources of energy, like solar arrays, and connects them to the transmission system.

Why are there worries about blackouts?

Summer is when electricity demand is at its highest—think of those hot summer days when everyone is running their AC. To ensure there is enough electricity to meet demand, MISO asks utility companies and others to come forward and say how much energy capacity they have available over the summer.

Capacity is essentially the amount of energy a utility company, like DTE Energy, can provide when needed. This year MISO determined we need 124 Gigawatts to meet peak energy demand, but only 119 GW of capacity is available.

Michigan has sufficient capacity to meet demand. DTE, Consumers Energy, and other Michigan utilities are required to file long-range energy plans. Despite coal plant closing because they are uneconomic, both DTE and Consumers have stated they can meet Michigan’s needs.

The potential shortfall is in other states, and that's affecting Michigan because it's on that regional MISO grid. If other states experience a shortfall, all utilities in the MISO region are asked to lower the amount of energy their customers use.

Most of the time, Michigan utilities do this by lowering the electricity usage of customers who have signed up for interruptible service. However, in extreme events demand could be reduced by planned, forced outages.

The energy shortfalls in Indiana and Illinois unfortunately affect all of Michigan, but coal plant closures in these states and in ours are not to blame.

This is because all coal plant retirements are known and planned for years in advance. So are the ways that lost energy will be replaced, like through new methane plants, solar arrays, and wind turbines.

Despite knowing for years new energy capacity is needed to replace the retiring plants, MISO has been a massive roadblock to making it happen. That's putting Michigan at risk of brownouts and blackouts.

MISO controls energy transmission, so it gets to approve requests to connect new sources of energy to the grid. But its process is incredibly slow. Right now, 119 Gigawatts of solar, wind, battery storage, and hybrid generation are languishing in the MISO “queue” just waiting for approval to connect to the grid—some have been there since 2018. A solar array takes four years on average to get approved.

If these projects were approved, MISO would have enough energy to cover its current shortfall 10 times over. Planned brownouts and blackouts would not be on our minds.

Despite seeing the writing on the wall that the coal plants in its coverage area are being phased out, MISO has been woefully unprepared to help states bring on renewable energy.

How so? It has an outdated grid, and bringing many of these renewable projects into it would require expensive upgrades.

For example, according to the Clean Grid Alliance, some 5,000 Megawatts of renewable energy projects were "queued up" for approval by MISO in 2017. But MISO would have had to spend hundreds of millions of dollars on grid upgrades, so only 5% of those 5,000 Megawatts were ultimately approved.

To make matters worse, when a proposed energy project requires upgrades to MISO's regional grid, MISO expects the energy generator to pay all of the costs of the upgrade even though the upgrade will then benefit many other utilities and customers. This makes it extremely expensive to get a renewable energy project connected to the system.

MISO has seen for years the writing on the wall: The Midwest is in an energy transition. Coal plants are closing because they are uneconomic, and they are being replaced by more affordable renewable energy.

It has been clear to experts looking at the changes in the electricity system over the last decade that we need more transmission capacity to move electricity—especially those from renewable sources—around the region. This would better prevent energy capacity shortfalls and stop brownouts and blackouts.

Unfortunately, but only recently did MISO start planning for a transmission system that would accommodate and facilitate this energy transition. According to the Sustainable FERC Project, MISO approved over $4.1 billion of energy transmission projects, but none address the needs to "link large clean energy sources with communities" across its territory.

MISO has started to correct course by proposing a $10 billion investment that will support 53 Gigawatts of wind, solar, battery storage, and hybrid projects. But transmission can take up to a decade to build. So while it is a good sign that MISO has begun to support what's needed for a reliable, clean energy future, it will not happen anytime soon.

So no, renewable energy and retiring coal plants are not to blame for our region’s capacity shortfall. MISO, in large part, is.

The Sustainable FERC Project sums up just what a colossal mess MISO has made of things: It's planned for incremental change rather than the transformational change that it should have long anticipated.

What do we do now and how do we avoid potential blackouts? Catch our next blog post for near- and long-term solutions.