‘True goodness and dogged persistence’: The legacy of Joan Wolfe

Lana Pollack did not know Joan Wolfe too personally. They would occasionally cross paths when Pollack was a three-term Michigan Senator and Wolfe, as ever, was working to make Michigan’s environment better.

The last time they met was 2012 at a service honoring the late Helen Milliken, environmentalist, women’s rights activist, former First Lady of Michigan.

Wolfe carried layers of loss that day, said Pollack, former president and CEO of Michigan Environmental Council. She had just lost her friend, recently lost her husband and was losing her eyesight. Yet, the 83-year-old still carried a force and spirit with her that Pollack felt during all her meetings over the decades.

It was emblematic of Wolfe’s personal and professional life, one that forever changed state and national environmental law and shaped and invigorated Michigan’s environmental movement.

Though more recent environmental advocates may not have known her, Wolfe's ethos and impact are still present, as wide and as deep as the forests she protected. When Wolfe died on Jan. 23, 2021 at the age of 91, the trees shook.

“She was one of the mothers of the modern environmental movement in Michigan and beyond,” said Pollack. 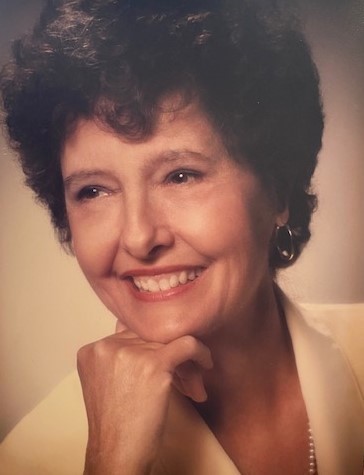 Like Pollack, Ken Sikkema did not know Wolfe well, either. Sikkema took the helm of the West Michigan Environmental Action Council in 1977, six years after Wolfe left it.

Wolfe was WMEAC’s founder, and in her three years leading the fledgling organization from a tuberculosis society’s office space, she changed the nation.

WMEAC came to be in 1968 out of a convening of community leaders, scientists and university staff. Wolfe was among them, and she, like her colleagues, was frustrated at the uncoordinated approach other environmental groups took to addressing systemic environmental issues. The group formed WMEAC in response, bringing members of churches, service clubs and parent-teacher associations into its ranks.

Wolfe became its director. Under her leadership, WMEAC helped ban the pesticide DDT across the country; harden national air pollution standards; fund research behind the U.S. Environmental Protection Act; initiate and lead the Michigan Environmental Protection Act’s passage; and defeat a U.S. Army Corps of Engineers dam proposal, reportedly the first group in the nation to do so.

Wolfe’s selfless drive was a cornerstone of America’s burgeoning environmental movement in the 1970s, said Sikkema. But Wolfe took that action and created personal, reverberating results in ways few other Michigan environmental organizations, if any, could.

Back then, the mantra was to think and act locally, Sikkema said. Wolfe did that, but she also thought and acted globally to bring about local change.

“She pretty much single handedly established the legitimacy and credibility of the environmental movement in Michigan,” Sikkema said.

After leaving WMEAC, Wolfe and her husband, Willard, became key strategists for what became Michigan’s Inland Lakes and Streams Act of 1972. The next year, she became the first woman appointed to the Michigan Natural Resources Commission. Giving her that honor was then-Gov. William Milliken.

Later appointments included the Michigan Natural Resources Trust Fund Board, the Governor’s Advisory Committee on Electric Energy Alternatives and the Audubon Society. Even in retirement, Wolfe remained active in her Frankfort, Michigan community.

Key to it all? Much like the origins of WMEAC, Pollack and Sikkema said it was her ability to collaborate and, when needed, compromise.

But, according to her son, John Wolfe, not the passive, tiptoeing kind. It was the relentless, pacing, coffee-drinking kind, one hand gripping the landline phone’s 20-foot extension cord, building relationships and making the case to policymakers on good policy.

“She had the brightest eyes and the brightest smile, and she would not take, ‘No,’” Pollack said. “It was a wonderful combination of true goodness and dogged persistence and with a good measure of extraordinary intelligence thrown in.”

MEC may not have existed without her. WMEAC was key to its creation. Now, MEC serves in a capacity similar to Wolfe’s life work: thinking and acting statewide to make personal, local change.

“We stand on the shoulders of giants,” Sikkema said. “That kind of characterizes the modern-day movement and impact in relationship to Joan Wolfe.”