Ada attorney is a collaborator, strategist, protector and mentor

It began with a skim through the Yellow Pages.

So she gave him a call, and a short while later she was driving from small-town Rockford to East Grand Rapids in her rundown ’97 Mercury van.

Rockford is one of those small towns shadowed by one big trade. Yale had bologna. Albion, steel. Rockford had waterproof shoes, courtesy of Wolverine Worldwide. Its local tannery churned out its namesake boots and Hush Puppies for decades before closing in 2009.

It was now 2010, and Wolverine wanted the city's approval to demolish its century-old tannery and build a new shoe store. Its lawyers claimed in June in an application for funds, "there is no known contamination on the property." The McIntoshes and other residents called malarkey.

Lynn and others collected public records, newspaper articles and worker interviews to build a strong case that Wolverine had polluted its property and the area. Now, they needed someone to take on Wolverine’s legal team.

“Let’s see what we can get done in four hours,” Lynn recalled an attentive Birkbeck saying at their initial meeting.

It turned into a 10-year endeavor, and the work Birkbeck did with activists had a monumental impact on the quality of life in Rockford and Michigan.

If left, these “forever chemicals” would stay in groundwater for centuries, and, if ingested, people’s bodies. Studies showed that ingested PFAS could lead to cancer, low birth weights and weakened immune systems.

Under AJ's leadership, they gave evidence to the EPA that forced Wolverine to properly clean up their pollution. They also catalyzed among the most stringent PFAS regulations in the US and exposed the plight of PFAS pollution to an unwary nation.

The core members of that ragtag team have each acknowledged Birkbeck as a cornerstone of the PFAS movement’s success, here in Michigan and beyond.

Birkbeck passed away surrounded by family in November 2021. To honor his legacy, the Michigan Environmental Council has formed the AJ Birkbeck Scholarship Fund.

The scholarship will be open to any student at a Michigan college or university wanting to start or aid a community-based PFAS project. The students and projects awarded the scholarship must embody the essence of Birkbeck himself—a collaborator, a strategist, a protector, and a mentor.

You can help honor AJ Birkbeck and continue his legacy in the PFAS fight by contributing to the Scholarship Fund. 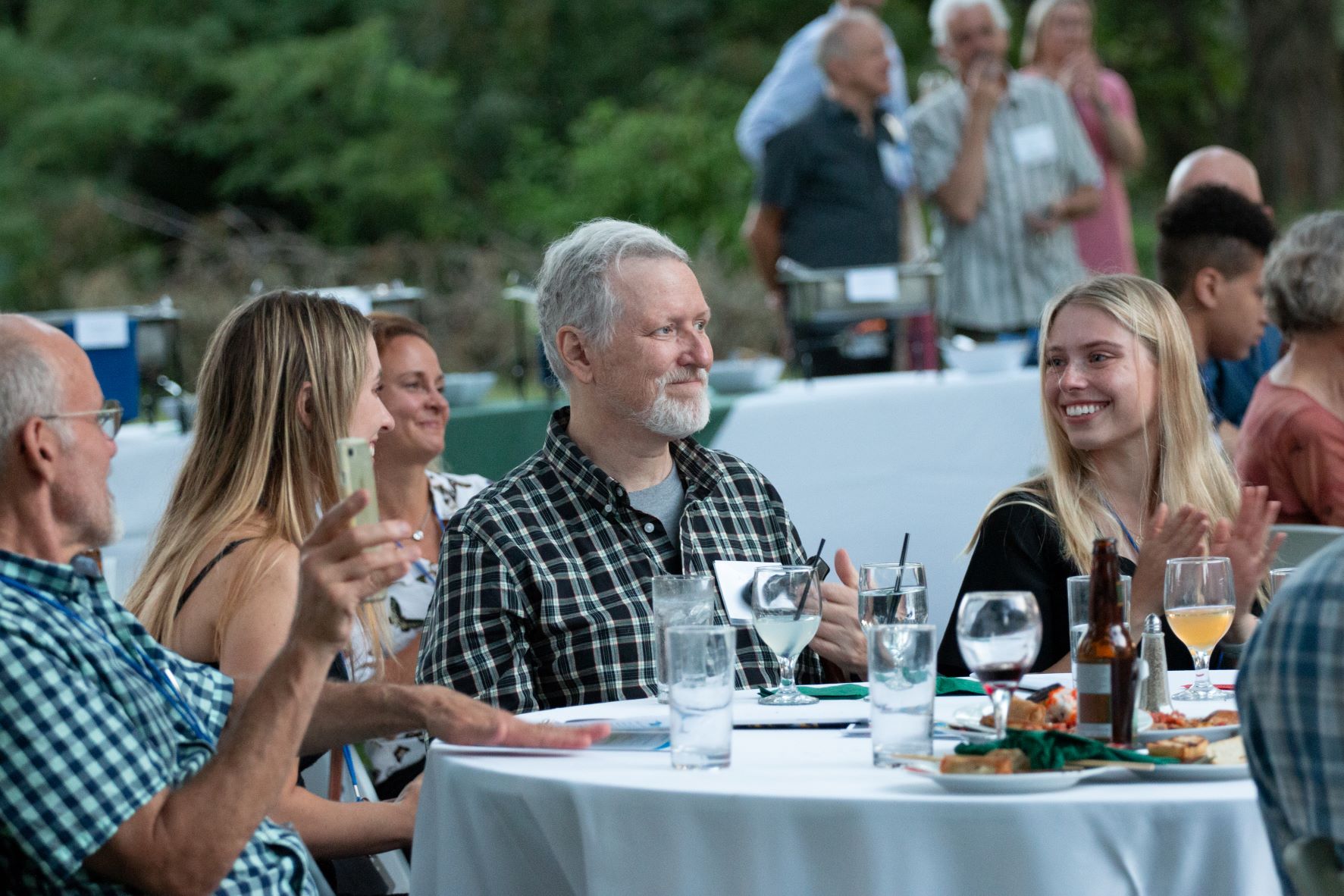 AJ Birkbeck receives an ovation from family and friends for his work protecting others from PFAS at the Michigan Environmental Council's Environmental Awards Celebration on Aug. 19. That evening, a scholarship was named in his honor.

It only took a call to Wolverine's lawyer and Rockford's city manager for Birkbeck to be all in on the fight to hold Wolverine accountable for its likely pollution, Lynn said. They dismissed him and the concerned residents.

“When he saw citizens being bullied, it made him want to defend them,” Lynn said.

Rather than a legal attack, Birkbeck instead decided to win the fight for pollution protections through collaboration.

He consistently listened to impacted residents and elected officials alike. He took heed of the science and studies done.

As a former corporate lawyer, he always advised big businesses to listen to the citizens it served, Lynn said. He tried to convey that during discussions with Wolverine lawyers. Unfortunately, they did not always listen.

When collaboration was not possible, Birkbeck made sure activists and residents were equipped with the right information, messaging and calmness to approach key regulators and officials and make change.

The case for collaboration aligned with Birkbeck’s personality, said Rick Rediske, an environmental chemist who was scientific lead on the PFAS front.

"He could work with a whole variety of people," Rediske said. "It was never about him."

While Birkbeck saw bridge building as the best legal strategy, he also knew how to play the chess game.

If the activists perpetually played public offense—such as with a lawsuit—Wolverine’s team of lawyers would "pull out the big gloves," as Birkbeck would say. It would take years, unfathomable money and legal scrutiny of the plaintiffs.

Instead, Birkbeck advised something closer to guerilla tactics. Compile the evidence and build connections with powerful people while laying low. Then, when the evidence is indisputable and the support is strong, strike.

That happened in the golden year of the effort: 2017. The CCRR had spent the past five years “in hiding,” compiling evidence through scientific tests, studies, public records and interviews.

Birkbeck knew that "dormant" did not mean "done." He wanted to catch Wolverine and regulators unawares.

So, with indisputable evidence, they released the groundbreaking story of Wolverine's mass pollution to MLive reporter Garret Ellison, who broke the news to the state and nation in Augsut 2017. Then, Birkbeck secured talks with the Environmental Protection Agency (EPA) leadership who were willing to listen to Rockford's plight.

One month later, Birkbeck and CCRR leadership took the McIntosh vanr to Chicago for the meeting. There, for the second time—CCRR successfully petitioned the EPA to investigate Wolverine's site in 2011—Birkbeck laid out the evidence and research and proved why federal action had to be taken against Wolverine.

Rediske called Birkbeck's shining moment: he strategized, he was the mouthpiece of the group, he knew exactly what to say. And the EPA listened and agreed to act.

In the coming months, the federal department ordered environmental soil sampling and the emergency remediation of the tannery property and nearby House Street. The decades-long work cleaning up would begin.

If it weren’t for Birkbeck’s years-long strategy and shining moment, “there would have been no investigation of the tannery site or of House Street,” Lynn said. “We would have had to start from the ground back up. Wolverine would have done everything to block our efforts and delay progress.” 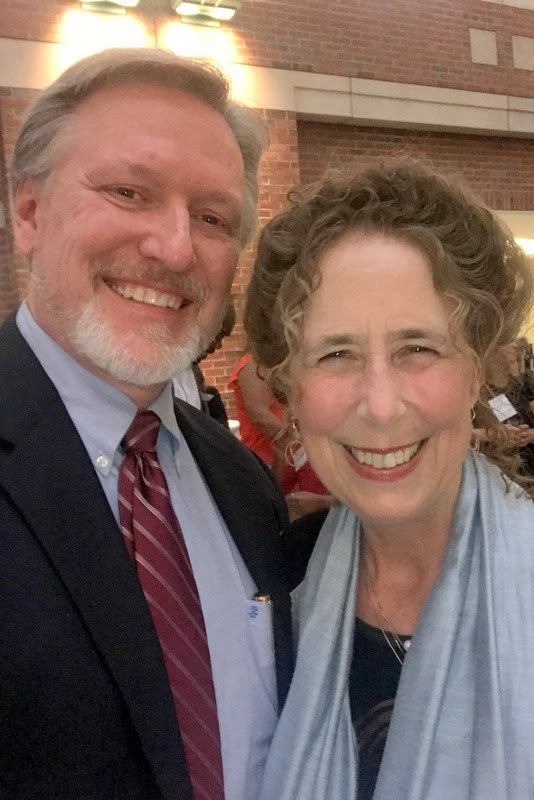 Rediske and Lynn and Mike McIntosh agree: Birkbeck did it all for the people—those suffering from PFAS pollution and those working to end it.

Lynn said Birkbeck always stayed behind the scenes—he was a lawyer, and no one wanted to listen to lawyers, he would say. Instead, he encouraged residents to speak out about the injustices they faced because their experiences and their words carried the real power.

Birkbeck saw his job as protecting those people. He would help them formulate a plan. He kept them covered from legal attacks. He gave the group credibility when they otherwise might have been ignored. He even protected peoples’ finances by working pro bono or at a discounted rate.

"For us personally, Birkbeck is not just incredibly capable and intelligent but cares so much,” said Mike McIntosh. "There were several times when Lynn would've done something that would've been a bad idea, either for the cause or for her personally, and AJ was there to protect her and, by extension, protect us.”

Lynn said from that protection came courage, and from that courage came action.

In a way, each leader of CCRR had their own role to play. Rediske provided the science and public presence. The sleuthing and site sampling went to Lynn, Gail Mancewicz and Grant Medich. Janice Tompkins, a retired state environmental worker, provided CCRR allies, research and tips for interacting with government departments. Mike dispensed calmness and credibility. Birkbeck was the adamant, solid grounding for them all.

What Mike admires most about Birkbeck was that he shared his knowledge with the others.

As Rockford’s PFAS story continues on, the stories of dozens of other Michigan communities are just opening. Birkbeck began extending that mentorship role to them through the nonprofit PFAS Alliance, helping communities like Cascade Township with their own legal strategies. .

Rediske and Mike said the AJ Birkbeck Scholarship Fund could serve as an extension of that mentorship in the meantime, bringing young people into the PFAS movement and teaching them how to leverage their own specialties.

“It's really about helping communities, and that was AJ's passion,” Rediske said. “It's really helping people understand the problem, then determining what they can do legally and scientifically."

Lynn likened Birkbeck's mentorship role to that of an expert mountain guide leading you up a steep ascent.

"A good guide will protect you and knows how to read the mountain," she said. "AJ knew when to turn around and when to make haste. Without him, we never would have reached the summit." 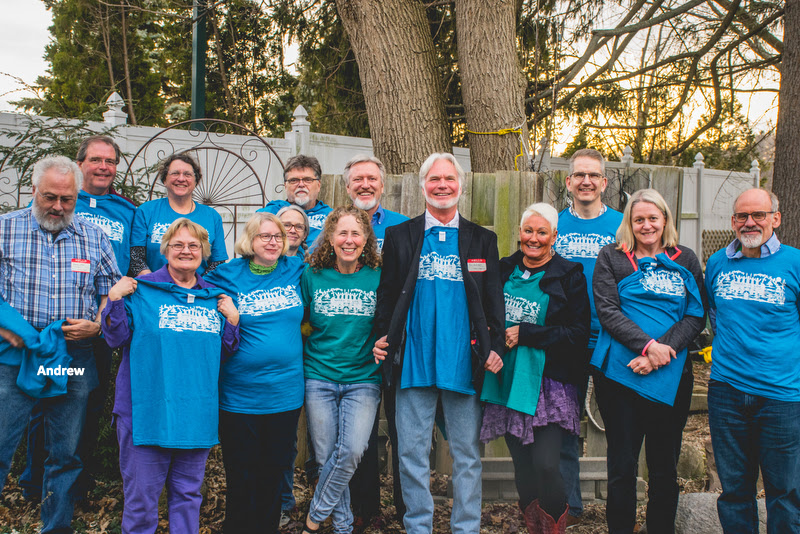