The Michigan Senate is likely to vote this week on a pair of bills to reform our state's energy policy. Throughout the debates leading up to this point, MEC has maintained that any credible strategy for Michigan's energy future must accomplish five goals: control costs for utility customers; minimize the risks of future price spikes; protect natural resources and public health; promote economic development; and improve reliability.

Since it's graduation season, we decided to use those goals as the basis for a report card on Senate Bills 437 and 438. (You can read this recent post for a more detailed analysis.)

Unfortunately, although they were recently revised, these bills still get failing grades. Without major changes, the Senate energy plan isn't ready to graduate. 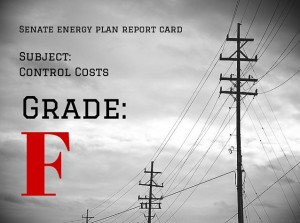 Control costs. Michigan utility customers pay some of the highest rates in the Midwest. The current legislation would increase those costs by $4 billion over the next 10 years. The bills abandon the use of competition and the free market to control energy costs. They also repeal the renewable energy and energy efficiency programs that have been highly effective in reducing energy waste and controlling costs. This legislation would allow the utilities to hold on to the $120 million in renewable energy surcharges they don't need, since renewables are now the cheapest energy sources. 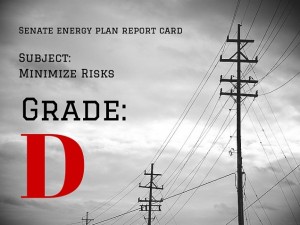 Minimize risks.  Renewable energy is the cheapest electricity available from new facilities and offers fixed prices over a 20-year period because it is not dependent on fuel costs. However, these bills would scrap our wildly successful renewable energy standard. Utilities are guaranteed a profit of more than 10 percent on every dollar they spend to meet customer needs, but Michigan families and businesses will take on all the risks when those dollars are spent on utilities' first choice-large, expensive new natural gas-fired power plants. Unfortunately, it seems many current legislators don't remember when the per-unit price of natural gas skyrocketed from $2 to $15 between 2002 and 2005. By failing to lock in low and predictable long-term prices, these bills will put Michiganders at risk of sharp price spikes.

The bills would continue energy efficiency programs through 2021, which would reduce our overall need for energy and therefore reduce risks for ratepayers. Between 2009 and 2014, energy efficiency programs helped Michigan customers avoid the use of more than 6 million megawatt hours of electricity. The programs save Michiganders $4 for every dollar invested, a total savings of more than $100 million every year. 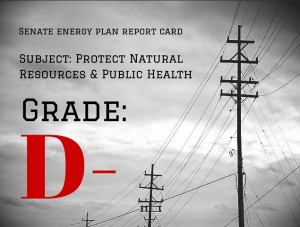 Protect natural resources and public health. Coal-fired power plants are the #1 source of air pollution in the country and are major contributors to climate change. Michigan's renewable energy standard has helped to reduce our dependence on dirty coal, which provided two-thirds of our power when the standard was adopted and now provides only half. These bills will stall that progress by immediately repealing our renewable energy standard and phasing out our waste reduction programs over the next five years. Meanwhile, Michigan residents pay hundreds of millions of dollars a year to deal with the health impacts of dirty coal plants. Our asthma rate is 25 percent above the national average, and more than 100 Michiganders die prematurely from ailments tied to coal plant pollution.

The bills set a new goal for waste reduction and renewable energy, but the language is non-binding. 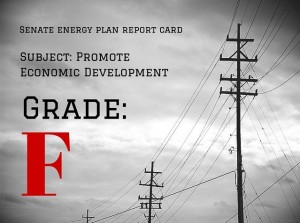 Promote economic development. Michigan's clean energy law triggered $2.9 billion in economic development in Michigan from 2008 to 2015. For the first time, our economy began to diversify beyond the automotive sector. We became a top state for clean energy patents. Energy efficiency service companies have sprouted up across the state. That growth is largely attributable to provisions in the 2008 law that half of renewable energy projects be built by private developers, rather than the utilities themselves, to promote competition and innovation. All of those benefits will go away under the current legislation. The bills would not only free the utilities from competing with other companies, but would also allow them to make money off energy they played no part in generating. 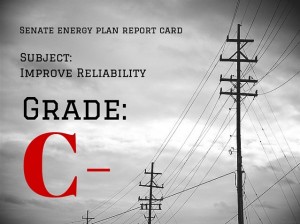 Improve reliability. The bills add new sections that attempt to ensure all energy providers have sufficient resources to serve their customers. It also recognizes that our regional grid operator is taking steps to improve overall reliability.

Unfortunately, the Senate package takes a step backward by hampering efforts to use time-of-day rates to take advantage of the advanced meters we have already paid for to reduce peak demand.

With grades like these, it's no surprise the Senate energy proposal faces stiff opposition from a broad range of players across the political spectrum. The Legislature breaks after this week for summer recess, but without major changes to these bills, it looks like summer school is in order.

Other images adapted from photo by Jack Amick via Flickr.