Alma activist is ‘a heck of an organizer,’ brings Gratiot County together

Don a coat and walk to the Pine River’s edge in Gratiot County during Michigan’s winter months and you’d think the Pine River “was the most wonderful river in the world,” said Gary Rayburn.

Gary Rayburn is not fooled, though. The high E. coli levels are always there. And when the weather warms, the algae rise from the depths, a thick, neon green sign of nutrient overload from manure runoff.

Fortunately, for the past five years, Rayburn has never waited for spring to go to the river. The call to protect it, which passes by his Alma home, urges him outside.

As founder and chair of Healthy Pine River, he works near every day to make sure his nonprofit’s moniker is free of bacteria, nutrients, sediment and vegetation overload. He brings people of all ages and backgrounds, whether government officials or blue collar workers, made possible with his openness and equitability. He does all of this without a penny of profit.

“I care. I love people. I want to be with people,” Rayburn said. “I want to get people out to do what is right for the county. I want to clean our river up and save it for our kids.”

A walk through the neighborhood

The COVID-19 pandemic has been an odd time for Healthy Pine River members Chuck and Lynn Sandro. Before, it would not be out of the ordinary for Rayburn to stop by their home a few times each week, dropping off membership applications, articles to read or strategies to share. Other days, they would see him checking his video camera or driving his boat, monitoring the river up close.

“We love it when he stops,” the Sandros wrote. “He has made volunteering in this organization special. It is an environmental cause, but it also involves relationships now, not just with us, but with many of the Healthy Pine River members.”

Rayburn began Healthy Pine River the same way he runs it now: by directly interacting with neighbors of the water source. 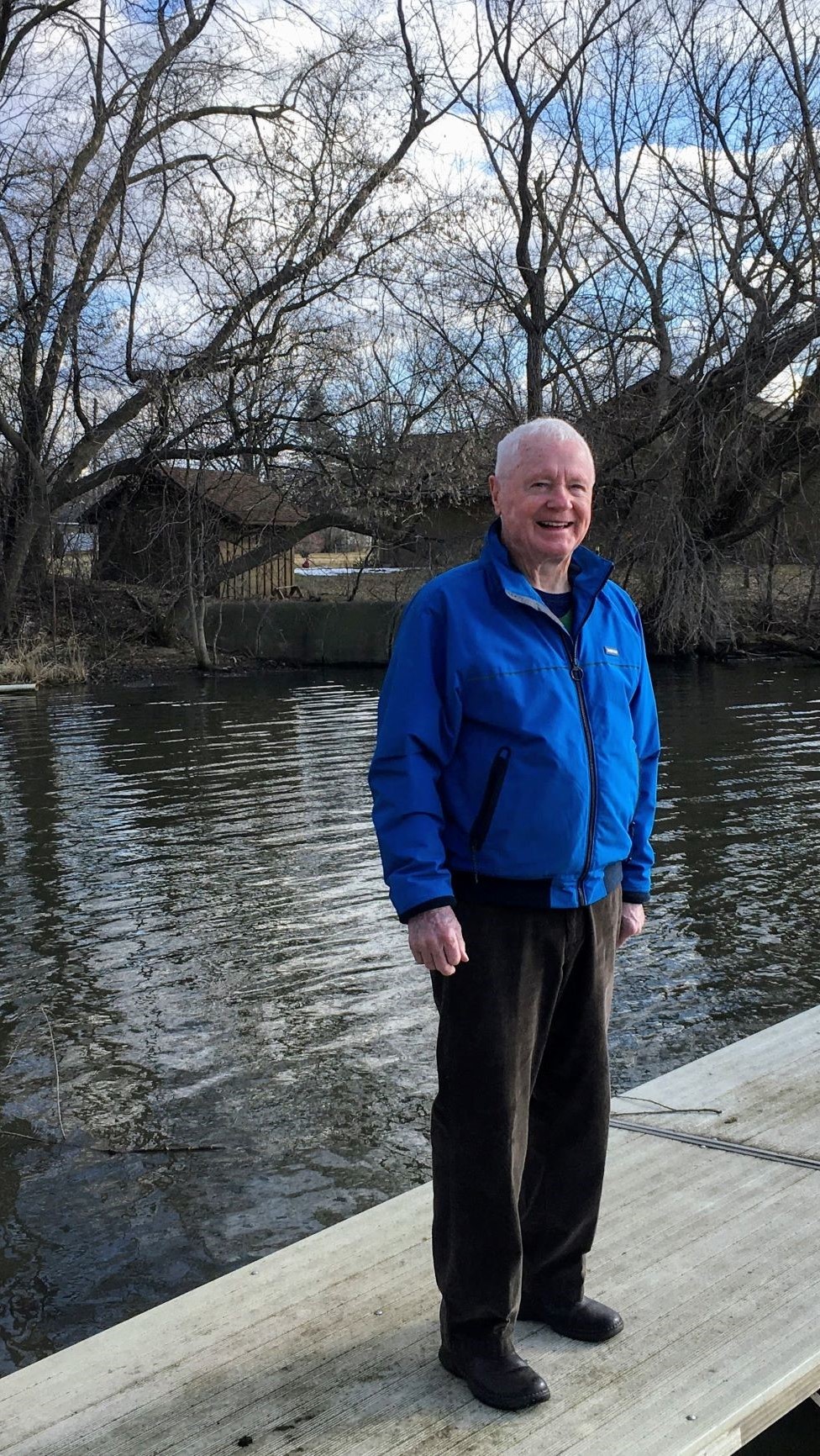 The mid-Michigan native had been living in Alma for about two decades when he started the nonprofit. The retired superintendent and college financial director had just moved to a new home adjacent to the Pine River and, at a neighborhood party, he heard just how damaged the river was.

Shortly after, Rayburn gathered 11 other concerned residents to host the first meeting of what would become Healthy Pine River. They all wanted to do something, but they did not know where the pollution stemmed from.

Both suspected that concentrated animal feeding operations, or CAFOs, and sewage pollution were causing much of the Pine River’s problems. They wanted to use their research to link the algae and E. coli to CAFOs and sewers.

Rayburn wanted to help their research efforts and then use that research as a supplement for his advocacy. He wanted CAFOs to better understand why he was advocating for stricter manure runoff regulations, and he wanted government officials and rural residents alike to understand why a county-wide or statewide septic code was needed. He wanted to bring all affected community members in, including the likely polluters, to educate one another and find the best solutions.

All politics is local; so is change

“I really got faith in our kids coming up down the line, with our students we work with at Alma College,” Rayburn said. “My gosh, they’re just smart. They just care and care and care.” 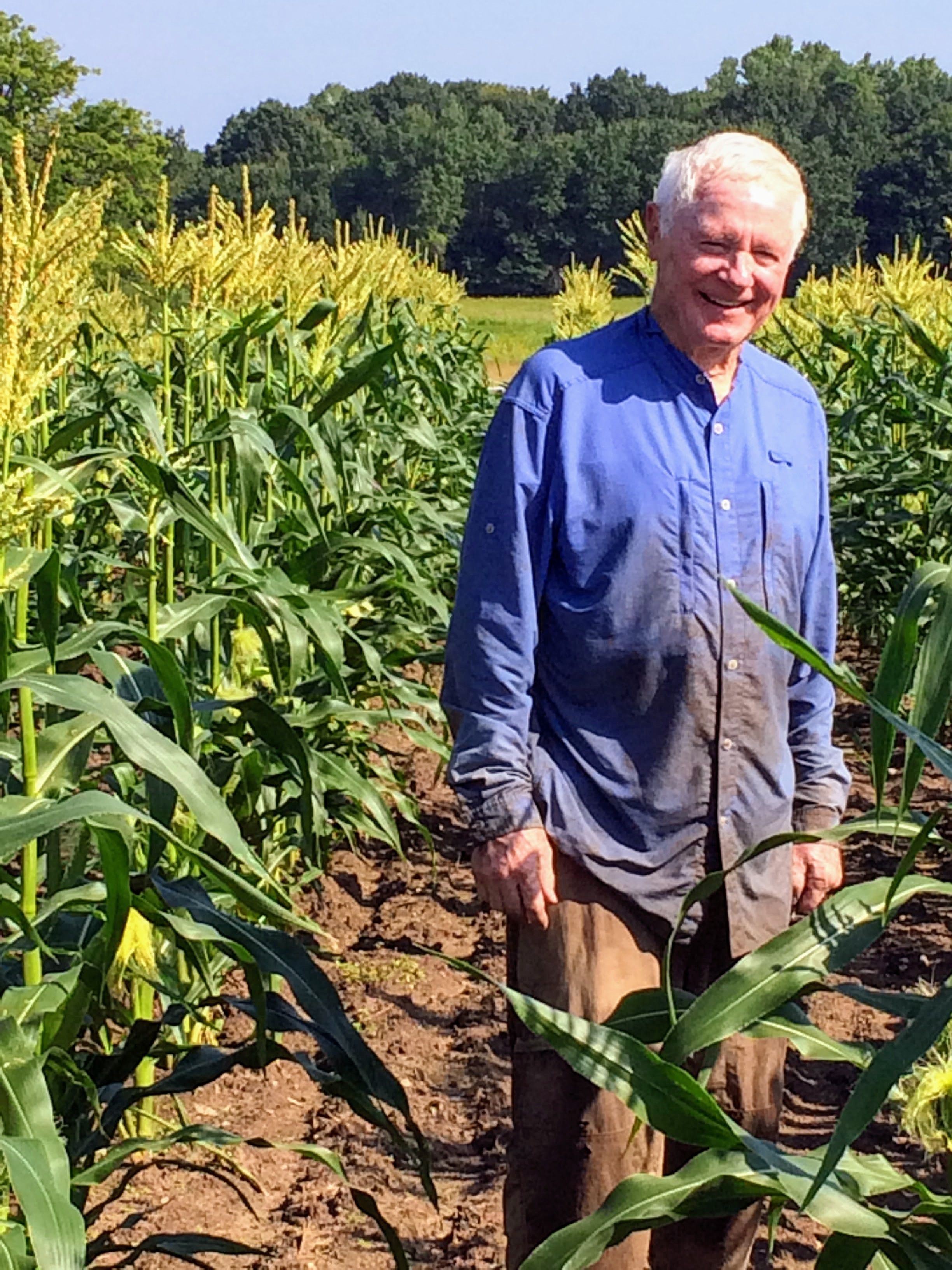 He has a lot of faith in Healthy Pine River’s members and in area residents, too. Their grassroots efforts have created tangible change.

Rayburn’s efforts are grounded in science and research. He helped create from scratch the Upper Pine River Watershed Plan and sediment study.

But his efforts are also grounded in community. He led Healthy Pine River members as they helped with water testing and septic cleanup in the nearby community of Riverdale. He and members helped organize a letter-writing campaign to the state; host workshops and presentations; fund Alma College student research; and support a central Michigan Sierra Club chapter. They also helped organize the Rural Michigan Initiative, a first-of-its-kind forum for rural economic and ecological stability co-hosted by MEC and Alma College.

Each effort revealed to officials, residents and businesses how essential it was to better regulate manure runoff and septic systems and how important it was to protect the Pine River.

All Rayburn’s efforts were made possible by his drive to educate and welcome all people in on a community-wide issue. He brought in major players – from multiple city governments to the local health district to state departments – and he brought in his neighbors – from farmers whose crops and livestock are at stake to residents of Riverside, who stopped their septic systems from polluting with the guidance of Healthy Pine River.

The efforts, in turn, have drawn nearly 300 people into Healthy Pine River, incensed by the active role it plays and by its $5 cost. Rayburn said the group’s monthly library meetings draw about 50 people each. That does not count the local government meetings he and other members attend additionally.

“I’m not sure if [Rayburn] really understands what he’s done at being such a tireless advocate for this environmental work,” said Keaton. “He’s a heck of an organizer. He’s good at getting people interested and involved.”

Keaton’s longtime student researcher, Morgan Letzkus, feels the same about Rayburn and his cause.

“I love having an actual public interest in it,” she said. “You’re actually seeing who’s interested and who’s helping fix the problem, which is really super cool to me.”

To Rayburn, making public water healthy is his duty, and bringing people together is how it should be done. Not only will water quality improve, so will human health, recreation and economic development in the rural towns and townships along the river.

“We’re going to make this all work,” he said . “I’m convinced I’m going to live long enough to see it all happen. We’re going to give it the biggest shot we can.”

While COVID-19 has kept summer plans for Healthy Pine River, Rayburn said once the pandemic ends, the nonprofit will come out swinging.

Watch Gary Rayburn accept his prize and speak more of his work at our 2020 Environmental Awards Celebration.