A Second Space to Advocate

Michigan Environmental Council’s board of directors is composed of 17 members committed to Michigan’s environment and whose experiences and perspectives make them champions of it. Jeremy Orr - Natural Resources Defense Council attorney and MEC board member representing the Michigan NAACP - is protecting Black Lives Matter protesters and their rights as a legal observer for the Detroit and Michigan chapter of the National Lawyers Guild.

On June 6, Jeremy Orr donned his black sanitary mask, his “LAWYERS ARE DOPE” t-shirt, and his neon green baseball cap, flipped backwards. Then, he set off to join hundreds of his fellow Detroiters protesting police brutality and systemic racism on the streets. 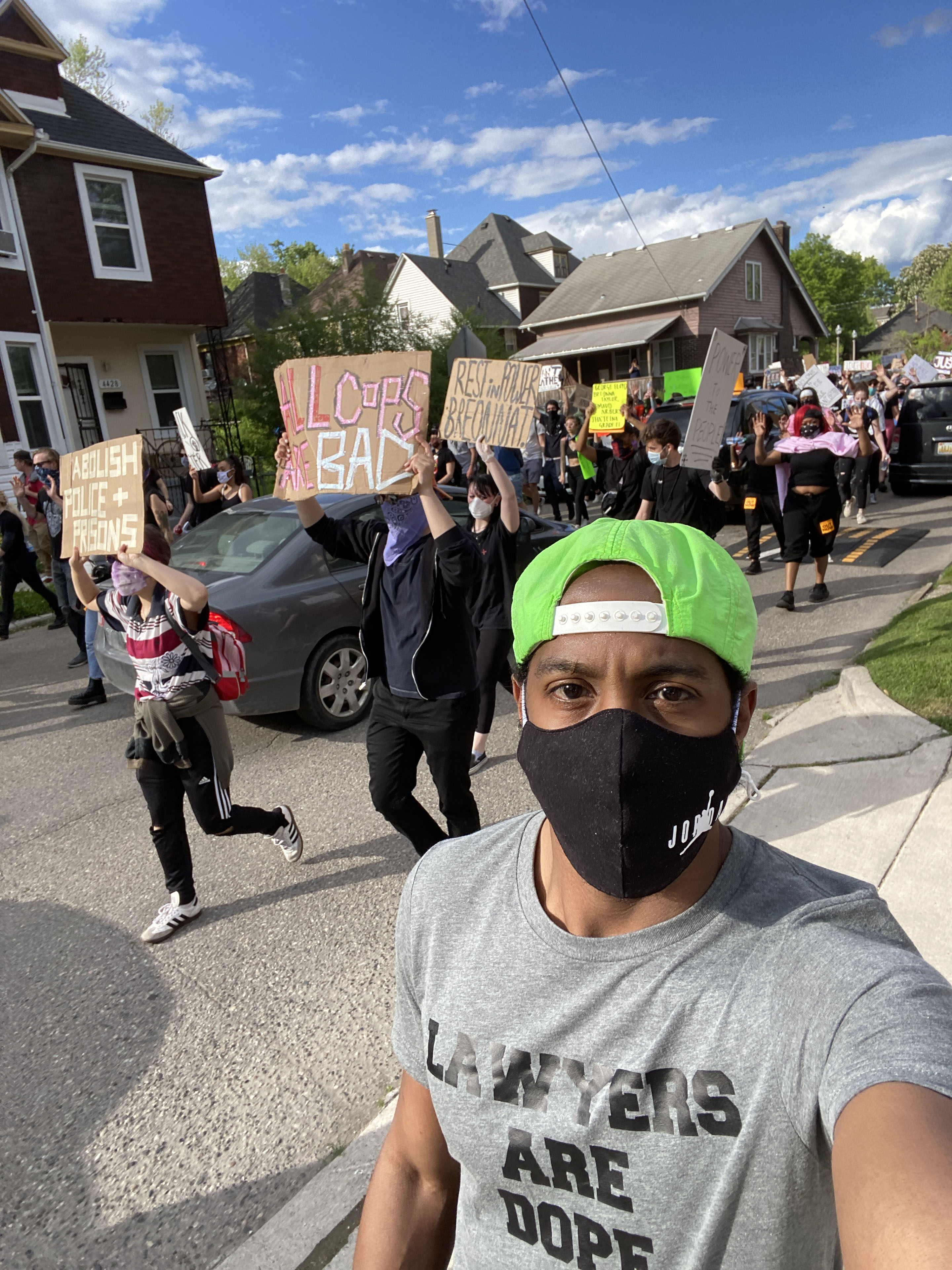 Really, June 6 was not out of the ordinary for Orr. He had attended police brutality protests before, and he had no plans of stopping. He attended each as a legal observer, a person who monitors, records, and reports any unlawful or unjust actions inflicted on protestors by law enforcement and others in positions of police authority.

Orr took part in the June protest through the Detroit and Michigan Chapter of the National Lawyers Guild as he had for events prior, wearing its telltale green hat. Each time, he watchdogged law enforcement and protected people facing injustice.

In fact, the June 6 protest was really just an extension of Orr’s everyday work as a civil rights and environmental lawyer.

“It allows me to do that work in a different space of advocacy,” he said. “It gives me the lens that I take into my everyday work as well, which is that of an advocate. I’m showing up not just for myself but for a whole community of people who are impacted by injustice.”

A movement for everyone

People face environmental injustices every day, from air pollution to tainted drinking water -which are often spurred and perpetuated by institutional and systemic racism toward black, brown, and Indigenous peoples.

Dirty industries often crop up in the most vulnerable communities. Environmental organizations fight to keep those polluters from taking advantage of community residents and their workforce. And sometimes law, policies, and government institutions keep  those same communities segregated and disenfranchised.

Orr fights against these racist realities in his day job, and they are intrinsically tied to his volunteer work with the National Lawyers Guild at protests. Instead of environmental racism, he fights racism within law enforcement and the justice system with the Guild. The method is what changes; he moves from his office and the courtroom to the city streets.

Orr began volunteering in his second space for advocacy by joining the Guild in 2015. He was looking to be part of legal advocacy and support for people and their civil liberties and rights. 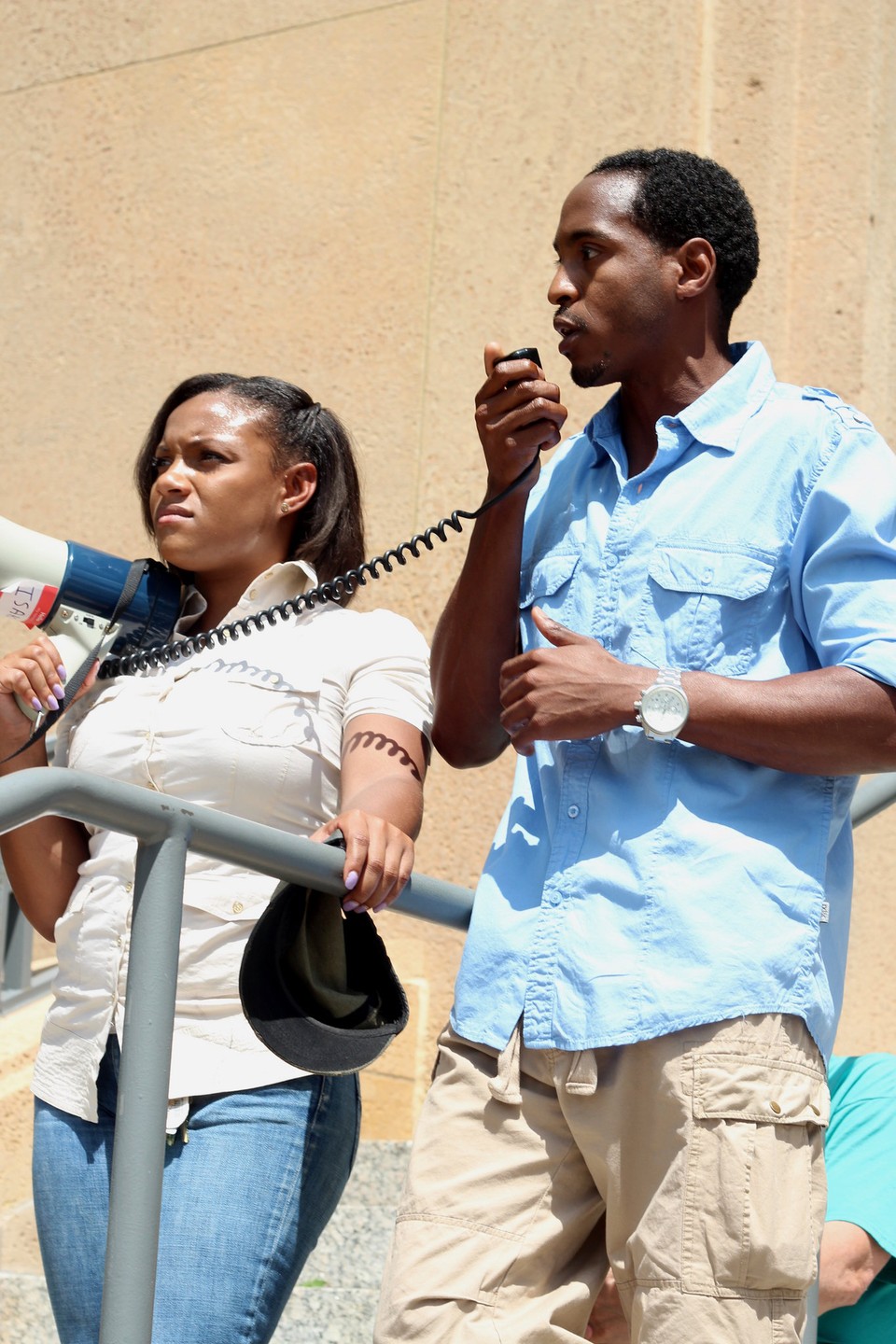 “They just had so many different aspects of advocacy that appealed to me and created a space for me to be able to contribute to different movements in a different way,” he said. “I’ve been volunteering with them ever since.”

At protests, Orr and other Guild legal observers check in with protest leaders and scope the scene for potential agitators looking to disrupt protests. They distribute flyers so people know their rights. They spring into action when they witness rights violated. They encourage others to report injustices to them. On off-protest days, they host know-your-rights workshops and other legal training.

The Guild is grounded in fighting injustice. It was the first racially integrated law firm in the country, making its start defending unions and black communities oppressed by police. Its many chapters, including Detroit’s, sent volunteers to the south during the Civil Rights era and colleges during the Vietnam War.

Now, Orr joins the latest iteration of the Guild’s work fighting systemic racism and oppression. In 2018, he attended a protest through the Guild against white supremacist Richard Spencer, who planned to speak at Michigan State University.

“I was just proud to be able to represent clients who were there to fight white supremacy, right?” he said. “To be able to provide pro bono support for students and activists who were able to say ‘no’ to hatred, man, that was one of my best experiences within NLG.”

Orr’s other meaningful experience has been this year’s national protests, originally formed in response to the murders of George Floyd and Breonna Taylor at the hands of police officers. He considers it not just a moment in history, but a movement that’s been building for a long time.

“One of things I’ve noticed about so many of these rallies, people are coming together in ways that I haven’t really seen before,” he said. “They say there’s a role for everybody in the movement, but the ones I’ve been doing down here in Detroit, man, the protests are planned but they aren’t scripted. It’s people organically showing up in ways that they want to show up to support. It’s truly inspiring.”

Orr said he has seen some incredible, selfless acts, and not just in the typical senses of protest. People bought and gave out hundreds of water bottles to protesters  during their multi-mile walks across hot pavement. Others fueled them with hundreds of homemade tacos.

Orr has also witnessed hostility in the face of a community coming together. Orr said during one recent protest he and fellow attorney and legal observer Congresswoman Rashida Tlaib became a “barrier” between agitated police and protesters straggling at the end of the pack.

Orr, and the hundreds of protesters before him, marched on.

What you can do (and what we're doing)

Orr said he is grateful to be among the many Detroit chapter National Lawyers Guild members, and there are ways that attorneys and lay people alike help. Lawyers, law students, legal workers, and jailhouse lawyers can join the NLG chapter by visiting michigannlg.org.

Being a legal observer is not a role only for lawyers. Anyone can ensure injustices are not happening with proper training, which the Guild provides. The organization also seeks volunteers to provide internal support, such as jail support, bail support, and working the hotlines.

Others may donate to the Guild, which uses funding to represent protestors in court and pay bail.

Finally, Orr said, people can amplify what the Guild does and the resources it provides via Facebook, Twitter, and Instagram. This also includes sharing its email address and phone number: [email protected] and (313) 925-2626. Anyone who was injured by law enforcement, has been arrested, or witnessed either during a protest should email or call, he said.

Michigan Environmental Council is helping the Guild and members like Jeremy, too. It is donating $1,000 to the Michigan and Detroit chapter, and it is matching staff donations 1:1. 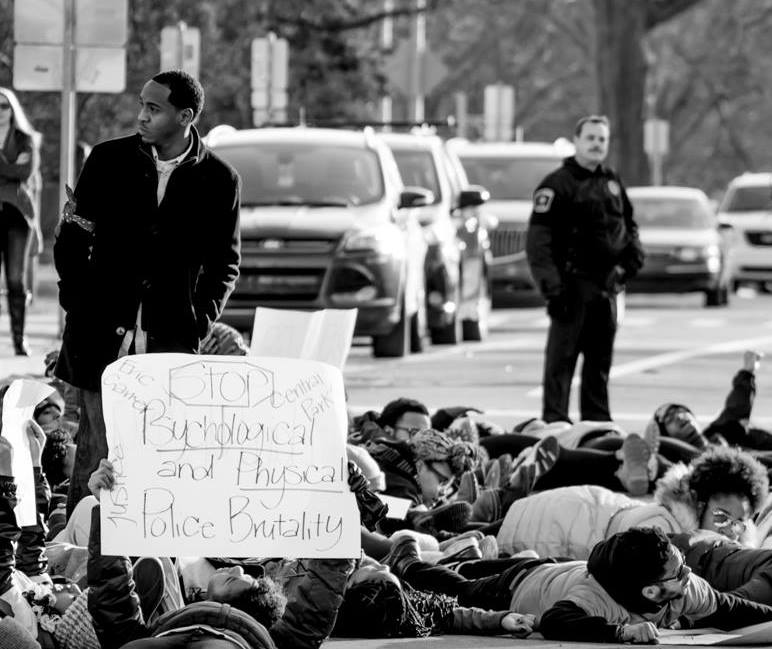 Photo 1: Jeremy Orr at a Detroit anti-racist protest this year

Photo 2: Jeremy Orr at a rally for Trayvon Martin in 2013