By 2050, the plans of many politicians, cities, states and nations to overcome the worst of climate change will conclude.

By then, the Earth will likely be more than 1.5 degrees Celsius warmer than pre-industry times, the mark at which many nations sought to cap global warming during the Paris Accord.

Meanwhile, the communities that have for so long borne the brunt of environmental injustice — our Asian, Black, Brown, Indigenous and Latinx communities — will make up the majority of America’s population.

Our fight against climate change is grounded in protecting future generations. Now, in a public health crisis and perhaps the largest civil rights movement since the 1960s, that fight is focused on reflecting the needs and rights our most oppressed, vulnerable communities as well.

Many organizations are now having needed conversations about this reality and on oppressive structures in the green movement (MEC included).

And yet young, diverse people are largely left out of discussions and decisions in environmental organizations and departments.

For the sake of our planet, youth underrepresented in environmental entities must be brought to the table, said Angelou Ezeilo. Now.

“There is such innovation and such brilliance with these young minds that these organizations need,” she said. “When we’re looking at climate change and fires and flooding and all the other things that are going on on this planet, we don’t have time to say, ‘This group can help with this environmental issue; this group can’t.’ We need everybody on deck.”

Ezeilo is the founder of Greening Youth Foundation, an international organization seeking to educate underrepresented youth about conservation and environmentalism and bring them into those fields.

She will be Michigan Environmental Council’s keynote speaker for its 22nd Annual Environmental Awards Celebration at 5:30 p.m. Oct. 1. The live-streamed event’s tickets and sponsorships can be found here.

With the backdrop of the largest civil rights movement since the 1960s in mind, Ezeilo will speak on the importance of recognizing the green movement’s oppressive tendencies; of changing the way it is structured to eliminate that oppression; and why underrepresented youth are key to making change happen.

Ezeilo began her environmental foray as a legal specialist for the state of New Jersey. She worked among the blueberry and cranberry farms, protecting farmland from development.

She then moved to the Trust for Public Land. As a project manager for initiatives from New York to Atlanta, she began conserving natural places and bringing people into it.

Although Ezeilo was thriving, she began to notice how few people looked like her in the conservation movement.

“I got really, really lonely,” she said.

Then, in Atlanta, she was tasked with acquiring land for the Beltline, an abandoned railroad track turned trail. Black residents were often on the other end of acquisition deals, and their properties were sometimes sold to the Beltline under market value. Many people trusted that Ezeilo would make the right decision for them.

“That was when I realized I actually needed to do something to help inform and educate communities of color about environmentalism and conservation,” she said.

Greening Youth Foundation was born. It started out as an afterschool program at Ezilo’s son’s elementary school in an Atlanta suburb.

But again, Ezeilo soon realized what she called her “otherness.” Her parent volunteers were white, as were most of the school’s children. Many families were wealthy, too, giving them the means to easily explore nature.

Meanwhile, just miles away in Atlanta proper, decades of systemic oppression left many working parents without time to volunteer and their children without the means to learn about and experience nature.

Ezeilo reworked her foundation. She based her program in the city. She made her curriculum culturally relevant. She grew her team. 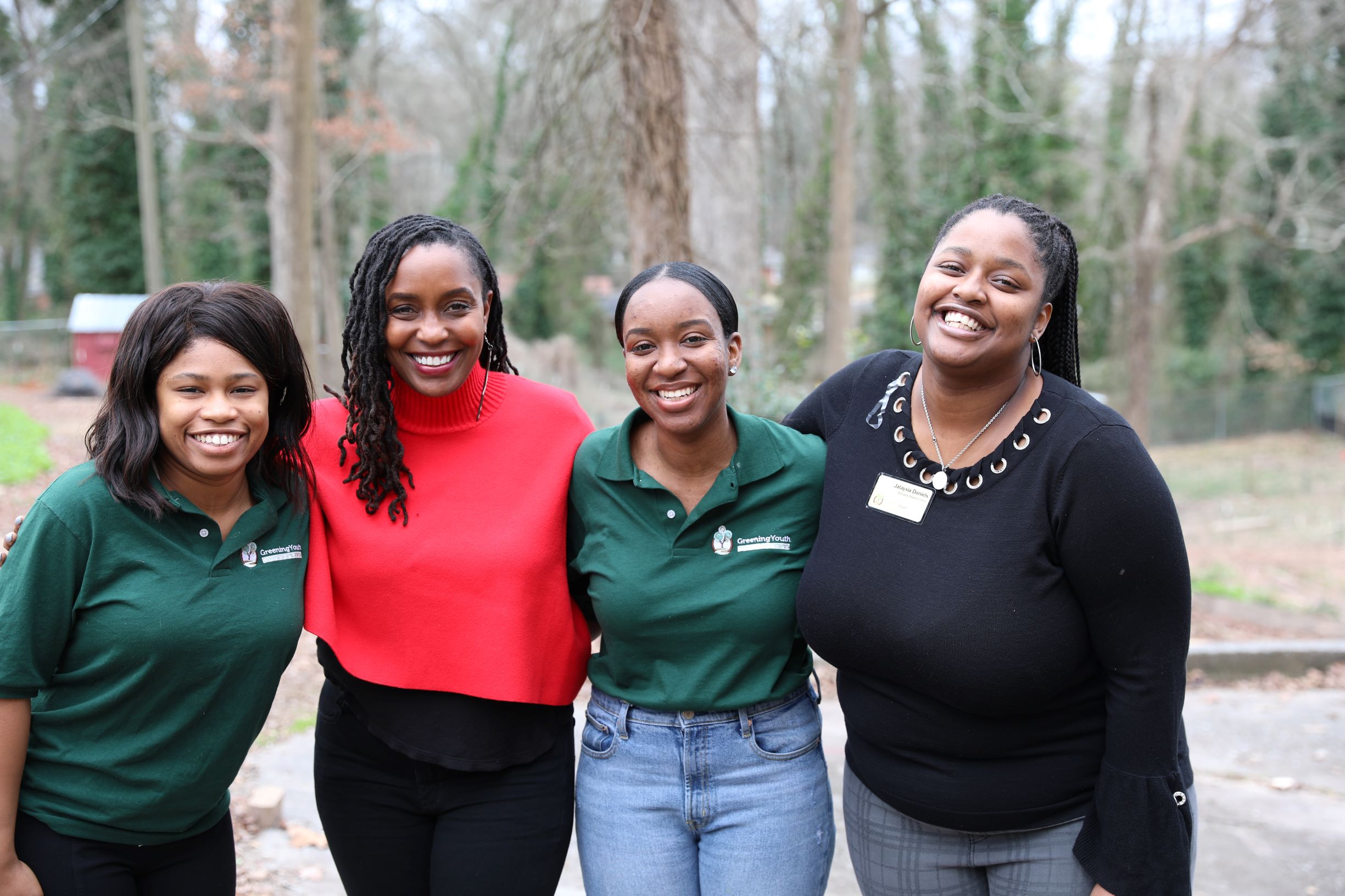 Now, with its campuses in Atlanta and Nigeria, Greening Youth Foundation educates and fascinates children as it prepares them for bright green futures.

And as the foundation helps youth, it is also slowly changing themakeup and models of environmental departments, organizations and businesses from the outside in.

“The whole purpose there is to show all these various industries and sectors within the environmental field that there are so many people of color that they’re missing out on,” Ezeilo said.

Greening Youth Foundation has become an expert at networking. It connects students of K-12 systems and Historically Black Colleges and Universities to internships with groups ranging from the National Park Service to the Bureau of Land Management to green retailers.

Its Urban Youth Corps provides 18 to 25 year olds not in college with hard skills (from landscape management to solar tech) and soft skills (from financial literacy to professional etiquette) that can lead them to good environmental jobs, from field work to finance.

With its Forever Green program, the Foundation provides environmental and wellness programming to K-12 children through community organizations.

Greening Youth Foundation provides the mentorship to youth, said Ezeilo. The youth, in turn, go out and change the world.

Oya-Michelle Watson, of Atlanta, is one of those world-changers. The 26-year-old has been a natural resource specialist park ranger with the U.S. Army Corps of Engineers for two-and-a-half years.

Watson three consecutive internships contracted with Greening Youth Foundation starting in 2015: one in GIS, one in special use permitting and one in natural resource coordinating.

"I felt seen and heard in ways that I hadn't before, and I wanted to continue its mission as much as possible," they said.

Watson has done so by fostering partnerships and connections through the parks system and the Army Corps of Engineers.

But there is still a lot of work to be done. Watson was the only Black person in some of their internships and one of the few black rangers in the multi-state district.

Since creating Greening Youth Foundation in 2007, Ezeilo has toured the United States as a speaker and has published a book, “Engage, Connect, Protect: Empowering Diverse Youth as Environmental Leaders.”

Throughout it all, her two messages have stayed the same. First, include and listen to youth, especially those underrepresented in the environmental world. Second, have real, tough conversations about equity and inclusion in organizations and structurally change those organizations in response to them.

In other words, move away from the general composite of the environmental movement: older, white and wealthier.

“There are so many blind spots that organizations have when they’re homogeneous,” Ezeilo said. “They’re looking through the same lens.”

Ezeilo has seen the metaphorical eye-roll while consulting with groups about equity and inclusion. She has also seen organizations wanting to help but unwilling to change their structure. That can happen no longer, she said.

Doing so will be uncomfortable and require great change, she warned. There will be tough conversations that will lead to serious restructuring within environmental organizations, government bodies and business.

It means reconsidering hiring and board nomination practices, Ezeilo said. It means changing how peers socialize and where they go for staff retreats.

But Ezeilo believes once underrepresented people, especially young people, are brought on, only good change will come of it. Older generations provide the mentorship; younger generations lead the charge for change.

“These young people are relentless,” she said. “Once they get their mind set on something that’s really important, they’re not stopping. If you get in their way, you should be prepared to be mowed over.” 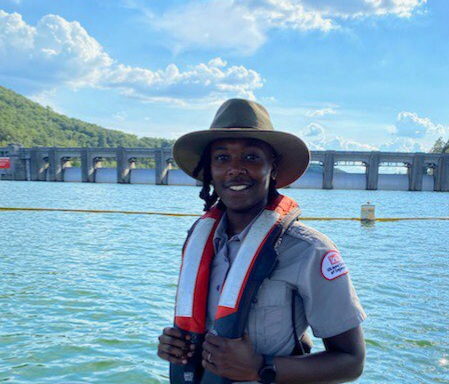 Watson believes that young, underrepresented people can bring about conversations and ideas that older people tend to shy away from. For example, they advocated for single-use bathroom spaces with gender neutral signage.

"I think that's something young people bring to the table: trying to invite more people into outdoor spaces, telling them that this space is ours,'" Watson said.

Ezeilo said in her 13 years leading Greening Youth Foundation, one thing has been a constant: young people give her hope.

To learn more about or purchase tickets for MEC’s Environmental Awards Celebration, where Ezeilo will speak, visit environmentalcouncil.org/events.