Legislation: Toxic industrial fill someone puts on your property is, well, none of your business 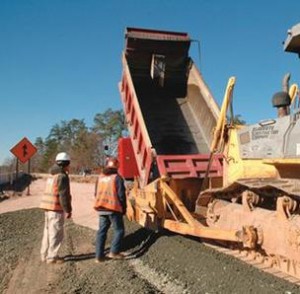 Should a property owner know if a contractor is placing a four-foot thick bed of toxic industrial waste below their businesses' new parking lot? Should a homeowner know if the same industrial waste is going underneath the road in front of their home? Should you be informed if industrial byproducts are present on a parcel of property you are buying?

Not under bills being considered in the Michigan legislature that allow for expanded use of industrial byproducts -- like fly ash from coal-fired power plant smokestacks, foundry sands, and sludge from pulp and paper mills.

Under these bills, no permission would be needed from property owners before industrial byproducts can be used as construction fill or for road beds or in parking lots. Current owners would be left in the dark, and future owners may never know of the liability inherent in the properties they purchase. In many cases, that fill should permanently alter what that property can be used for in the future to protect public health.

The Michigan Environmental Council supports the reuse of industrial by-products when protection of public health can be assured and use of the materials is monitored and tracked in a way that reasonably controls public exposure. That is not the case with House bills 5400, 5401 and 5402.

A vote in the House Natural Resources Committee is currently scheduled on the legislation this Thursday, April 17. Please contact your local legislator and ask them to oppose HB 5400 through 5402 until these concerns can be addressed.

Our number one concern is the failure of the bills to require people who use these materials to get permission from property owners. The bills allow impairment of property rights, without permission from the landowner or compensation for the restrictions on the future uses of the property.

The bills allow materials that may contaminate drinking water

HB 5400 establishes a standard for materials that allows them to leach at 20 times the allowed drinking water standard just four feet above the water table. However, the proponents offer no scientific study that shows that those elevated levels will not result in contamination of drinking water aquifers that may render them unusable. In practice, the determining factor will be the nature of the soil that separates the industrial byproducts from the groundwater. In sandy soil, contaminates will move fairly quickly to lower levels, and soil with greater clay content will significantly slow the process. Michigan has a wide variety of soil types which the bill fails to take into account.

There has been much discussion by the bill proponents of the Wisconsin program which much of the Michigan program is modeled after. However, the Wisconsin standards are 2 to 4 times stricter than those proposed for Michigan, providing significantly more protection for drinking water aquifers in the future.

New rules at the state and federal levels require coal plants to remove 90% of the mercury from smokestack emissions starting in 2015. That mercury will mainly be captured in the fly ash. Mercury is a neurotoxin that bioaccumulates in the environment. Michigan currently restricts the consumption of fish from all inland lakes due to excessive levels of mercury. One out of every six women in Michigan already has elevated mercury levels in their blood that could impair future offspring.

This legislation will take the mercury which we are capturing from power plants and allow utilities to spread it across the state in road beds and under parking lots. Those roads and parking lots will eventually crumble. Some will be rebuilt, others will be left for future generations to figure out how to repurpose. The placement of industrial byproducts at those sites will make their redevelopment more challenging and be a burden on local units of government.  Fly ash from coal plants should be excluded from use as construction fill or for road beds.

The bills exempt the generators and users from any future liability, leaving taxpayers stuck with the bill

The legislation exempts both the company or person that generates the waste and the person who uses it from further liability if contamination of a drinking water aquifer occurs. In the case of one category, up to 4 feet of materials can be used for fill at construction sites (such as below parking lots). If problems arise, the current owner will be responsible to protect the public from exposure. If that person is bankrupt, the burden will fall to the local unit of government or the State of Michigan to address.

The Wisconsin program establishes a public participation process for any project using more than 30,000 cubic feet of industrial byproducts. These provisions make sense based on the significant impact that could be caused by this much material and to here from those residents who live in the area and have the greatest chance to be directly impacted by the use of the byproducts.