Learning to Live in Dynamic Dunes 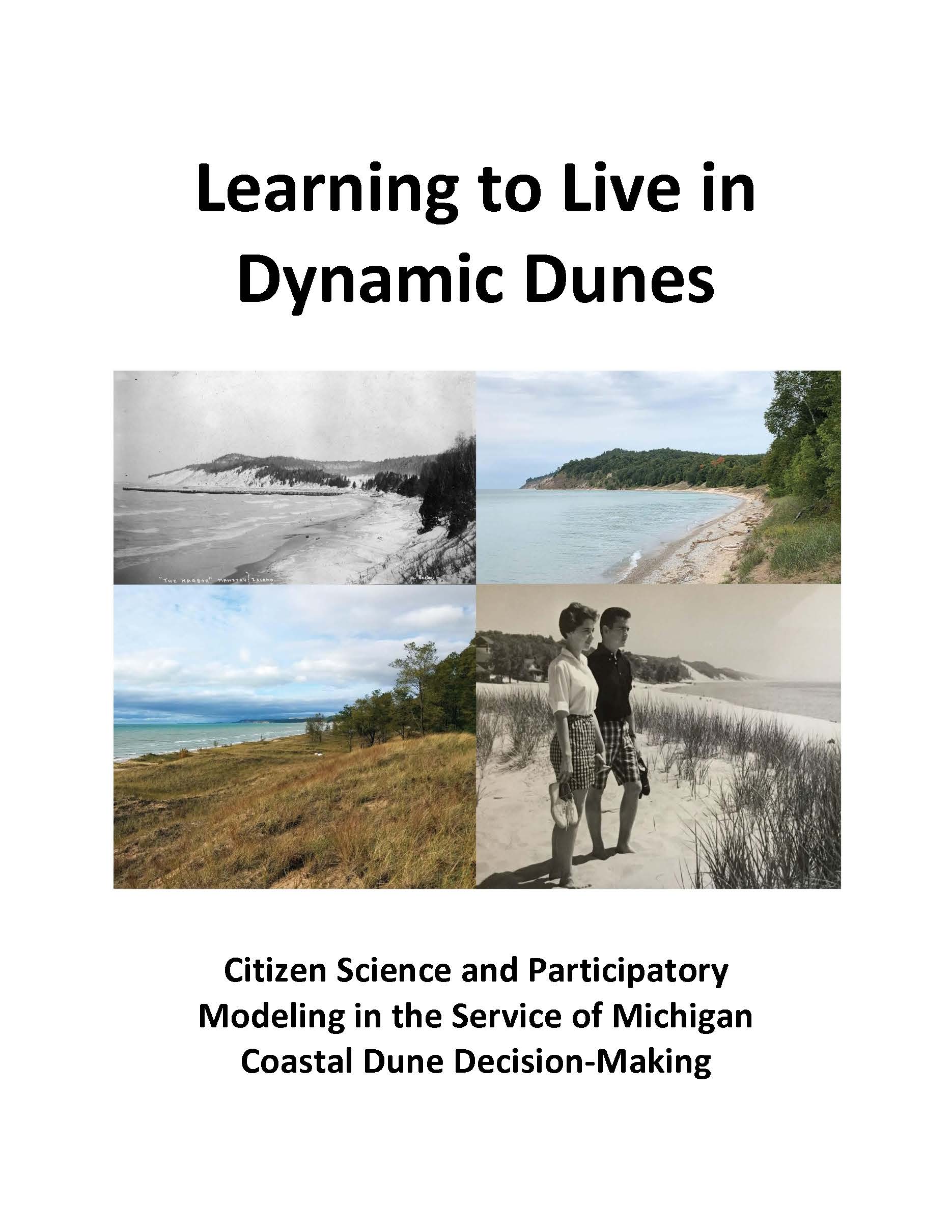 The Michigan Environmental Council project, Learning to Live in Dynamic Dunes: Citizen Science and Participatory Modeling in the Service of Michigan Coastal Dune Decision-Making, funded by the Michigan Coastal Management Program, represents another exciting chapter in our understanding of Michigan’s coastal dune landscapes and how citizens understand and perceive these complex systems. The knowledge gained in this project will prove critical to the long-term management and preservation of a true global treasure—the largest collection of freshwater coastal sand dunes found anywhere in the world.

The project is part of an ongoing effort to advance the collective awareness and understanding of Michigan’s coastal dunes. The first effort, also funded by the Coastal Management Program, began in 2014 with the project, “Bringing the Latest Science to the Management of Michigan’s Coastal Dunes,” followed by a project launched in late 2016, Valuing Michigan’s Coastal Dunes: GIS Information and Economic Data to Support Management Partnerships.” Collectively these projects expanded our historical understanding of dune management, enhanced dune mapping resources, and estimated a value of coastal dunes based on the citizen’s recreational use.

The current effort, which kicked off in late 2018, was conceived based on the results and discussions from the earlier projects. The core project team included Alan Arbogast and Robert Richardson (Michigan State University), both of whom were members of previous project teams, and Tom Zimnicki (Michigan Environmental Council).

Read more about the project

This is the first attempt to deploy repeat photography along Lake Michigan’s shoreline for the purpose of cataloging changes in dune morphology and human induced landscape changes.

Researchers generally understand the chronological changes within dunes morphology over hundreds and/thousands of years, but often lack the knowledge of changes on a shorter, decadal timescale. To illustrate this, Professor Alan Arbogast and his research assistant, Kevin McKeehan, collected a cache of over 200 historical photos from various state and private archives along with contributions from citizen scientists in the general public. A subset of these historical photos was then paired with exact modern replicates and mapped. This work is foundational in understanding the main contributors to coastal dune changes over the last 150 years and when coupled with other products from this project, is vital to long-term management planning.

Results indicate that vegetation has expanded significantly at all sites assessed since the initial photograph was taken.  In addition, development in the form of condos and subdivisions has occurred at select sites.

Building off results from the 2017 #HowYouDune Survey, this effort aimed to explore the differences in how diverse citizens perceive and understand dune landscapes. To this end, Professor Robby Richardson deployed a unique tool, mental mapping, which has been used to assess perceptions on various conservation topics across the world. As it relates to dunes, this technique allowed the project team to catalog and visualize how citizens understand the various components of a dunes landscape and the factors affecting these landscapes.

Capturing the insights of over 70 residents from across Michigan, Richardson categorized what the majority of residents perceive as the main factors that influence dune landscapes. This research presents an exciting opportunity for the State of Michigan and local units of government to better tailor future outreach, engagement, and management programs to incorporate citizen perceptions and understanding.

In the 2017 #HowYouDune survey, over 700 participants voluntarily shared personal photos of their trips to Michigan’s dunes. This suggested to the project team a path to broader and more meaningful stakeholder engagement and at the same time, would support one of the most important information needs for this project. The project team believed that this project would benefit from utilizing citizen science.

Citizen science—in which knowledgeable but generally amateur volunteers serve as data collectors or monitors, providing meaningful data to support scientific research—is a promising approach to translate interest in a conservation issue into useful action and engage community members in collecting data in support of advancing science. The project provided an excellent opportunity to build on the excitement and interest generated through our #HowYouDune survey and outreach work by engaging some of these same people and techniques to support our project’s research needs. This project was strengthened by the participation and engagement of citizens scientists who allowed us to bolster our photo collection efforts and mental mapping exercises. 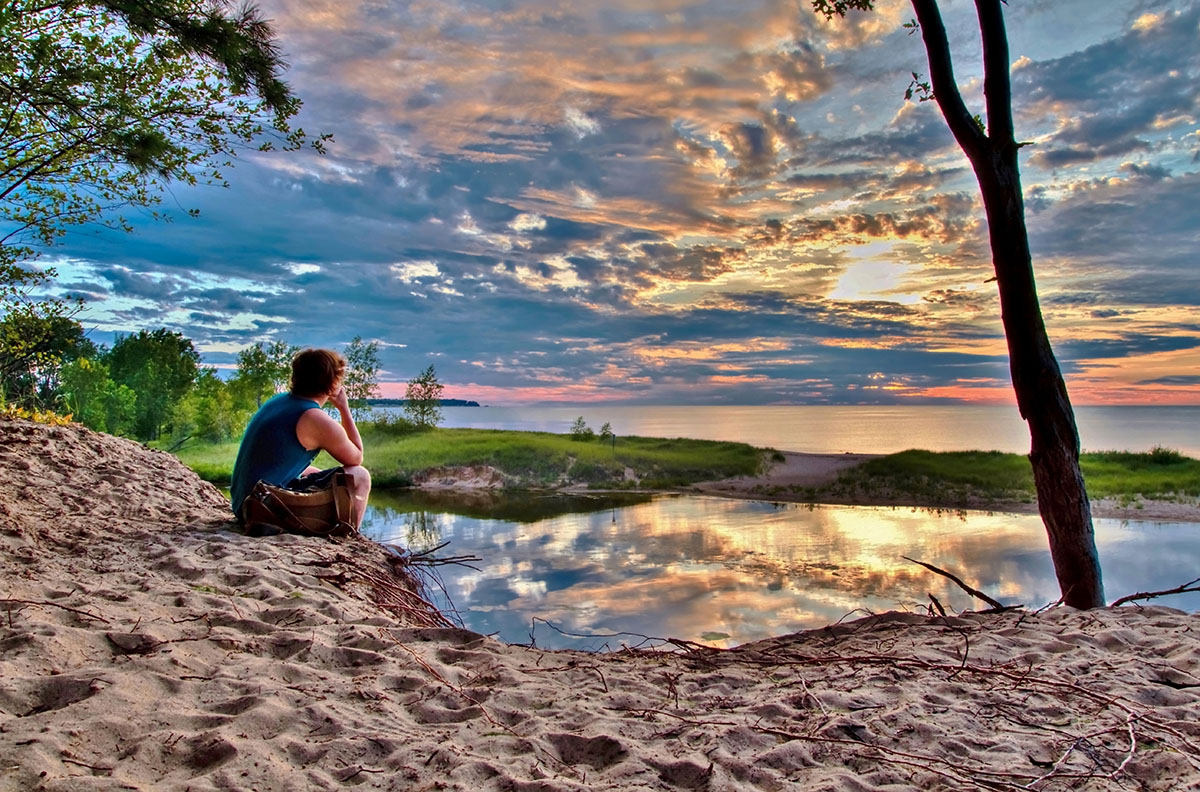 The Sands of Time

We're tracking how Michigan's coastal dunes have changed over time

Check out the repeat photography results for a specific location by clicking on a number on the map below.  Financial assistance for this project was provided, in part, by the Michigan Coastal Management Program, Water Resources Division, Michigan...