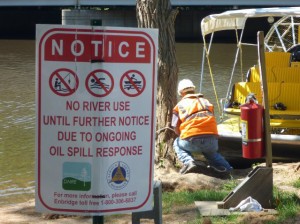 The public comment period on the Keystone XL pipeline closes tomorrow, Friday March 7. Secretary of State John Kerry will then make his recommendation to President Obama, who will reject or approve the permit to build the northern leg of this pipeline. If built, it would transport 830,000 barrels of tar sands oil every day from Alberta, Canada to refineries along the Gulf of Mexico.

The decision is about more than just one pipeline. It is about the ecological destruction that will result from expanded development of Alberta tar sands, more risk and intensive use of pipelines that crisscross Michigan, and a perpetuation of American dependence on finite and increasingly expensive fossil fuels.

This issue also highlights our great nation's utter lack of a comprehensive, or even coherent, energy strategy - the kind of roadmap that would help us decide which direction to turn at this critical juncture.

Again, it's not solely about Keystone. There is another proposal awaiting Presidential approval that would expand the existing "Alberta Clipper" pipeline so that it could transport 880,000 barrels of tar sands oil each day from Alberta to the Lake Superior shore. From there it would link up with a pipeline that travels through the Upper Peninsula, across the Straits of Mackinac and down to southern Michigan, where it crosses the St. Clair River. Another line goes down to Illinois and then across Michigan by way of Kalamazoo. And there is even a proposal to ship some of this oil (as much as 110,000 barrels every four days) from Superior, Wisconsin across the Great Lakes on barges and tankers.

No stranger to disaster

Is Michigan - the only state entirely within the watershed of the world's greatest freshwater ecosystem - the right place to encourage these risks?

Certainly we're no stranger to tar sands disasters. In 2010, Enbridge Energy, the same company that wants to expand the Alberta Clipper line, was responsible for the largest inland oil spill in U.S. history when more than one million gallons of tar sands spilled into the Kalamazoo River. We learned that tar sands spills are significantly harder to clean up than conventional oil, partly because they sink more quickly. More than $1 billion has been spent on the cleanup efforts, and it's not nearly complete.

The more we learn about the oversight of these pipelines, their advanced age, and their questionable structural integrity, the greater our concern. These pipelines pose huge risks to our Great Lakes, the economic engine and source of drinking water for our region.

So how do we judge whether the risks of the Keystone and Alberta Clipper pipelines are too great? Or whether it's wise policy to build infrastructure that encourages continued reliance on finite and increasingly expensive oil?

With no coherent national energy policy, we lack any context by which to make informed decisions. Our state's energy goals are equally as muddy, with no big-picture plan to provide affordable, reliable power for future generations.

It is clear, however, that using our power more efficiently and moving toward clean, renewable sources of energy is the future we should embrace.

Efficiency and clean energy are already stabilizing rates and reducing pollution in Michigan's electric sector. The Public Service Commission reported last month that renewable electricity costs have been cut in half in five years, and are less expensive than fossil fuels.

There's no reason we cannot extend that commitment to cleaner and safer alternatives to oil as well. A policy that declares affordable clean energy options are our nation's top priority would help inform the Keystone decision and many others.

Until then, it would be foolish to approve massive investments in a dirty fuel expansion that may not be in our national interest. If we want an energy future that best serves our national interests - our health, prosperity, and quality of life - we need a roadmap for how we want to move forward.

To send a public comment to the State Department on whether the Keystone pipeline is in our national interest visit: http://www.regulations.gov/#!docketDetail;D=DOS-2014-0003