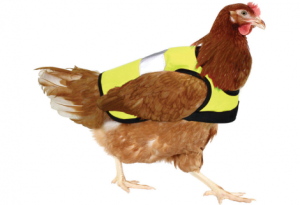 Look out - here comes another weekend!

Before you kick off your shoes, here's a look at some of the stories that caught our eye this week.

The biggest environmental news out of Lansing this week was the Department of Environmental Quality's unveiling Tuesday of new draft rules for large-scale hydraulic fracturing operations. James Clift, MEC's policy director, told MLive the proposal is a step in the right direction but there should be more transparency about the chemicals used in fracking. The Battle Creek Enquirer's editorial board agreed, writing that there's "no legitimate argument for blocking full disclosure of those chemicals." Environmental groups are also reviewing the state's oversight of driller's water withdrawal authorizations and whether rivers and streams are receiving adequate protection.

Also on Tuesday, the state released a draft report on energy efficiency, the last in a series of reports on energy issues requested last year by Gov. Snyder. Utilities so far have exceeded their energy-saving targets and are expected to meet near-term goals, the report says. Michigan ratepayers in 2012 saved $3.83 in energy costs for every dollar invested in efficiency. All told, the state's efficiency program has saved $1.2 billion, Crain's Detroit Business points out.

In other energy news, the reliably excellent Kari Lydersen takes a close look at the Enbridge pipelines that carry crude oil and natural gas under the Straits of Mackinac. In 2012 Enbridge increased the amount of oil moving through the pipelines. That's cause for concern, given the incredible resources at stake and how rickety and unsupported the pipelines look in a recently released video. 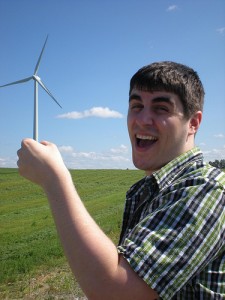 West of the Straits, Lake Michigan charter boat captains are concerned about conditions that are eerily similar to observations from Lake Huron in 2003, the year before that lake's salmon fishery collapsed.

Back on dry land, entrepreneurs are carving out a niche industry around some of Michigan's newest tourist attractions: wind turbines. Meanwhile in the Thumb, construction begins on a 62-turbine wind farm, and 13 new turbines will go online by the end of November.

Finally, for our chicken-keeping friends, this fluorescent bird vest will help your egg-laying pals cross the road safely, whatever their reason.

(It's a big Internet out there. What did we miss? Feel free to share your favorite stories of the week in the comments section.)