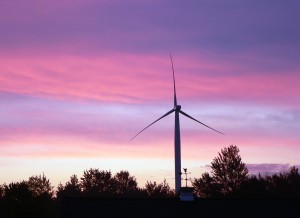 Many of the reader comments under the stories complained bitterly that the plan would force expensive electricity on customers.

"Watch your utility bills go up and up and up," predicted a Detroit News commenter.

"an example of an extreme group of tree huggers wanting to suck more money out of our wallets" wrote another.

The hysteria wasn't confined to newspaper readers. The head of the Michigan Chamber of Commerce launched a Twitter misinformation crusade, tweeting that the plan "would raise electric rates by 25%" and warning darkly of power shortages and vast landscapes barren of all but solar panels.

So let's get clear on the actual cost of renewable energy in Michigan rather than the talking points of opponents:

The simple truth is that renewable energy in Michigan is significantly less expensive than the conventional alternatives, and the fuel will ALWAYS BE FREE! The exception might be natural gas, whose prices are at historic lows but are subject to price swings that may make it less attractive in the future.

A 25 percent renewable mix still leaves 75 percent for natural gas, coal, nuclear or whichever of the conventional fuel sources one wishes. And it will provide a measure of stability, with its perpetually free fuel costs, in an unstable market.

The truth is, renewable electricity in Michigan is already less expensive than new conventional electricity would be. And the price is dropping.