Conan Smith--an experienced nonprofit leader, policy innovator, and respected public official--will be the new CEO of Michigan Environmental Council. He’s been selected to fill the position vacated by Chris Kolb, who was appointed by Gov. Gretchen Whitmer to serve as State Budget Director. 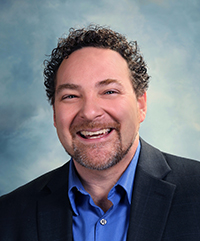 Smith, of Ann Arbor, previously served for 12 years as executive director of Metro Matters, a southeast Michigan nonprofit called one of the “Most Innovative Companies” by Michigan Business Review. He served for 14 years as an elected county commissioner and has served in leadership positions on numerous public and private boards, including state-level appointments by both Gov. Jennifer Granholm and Gov. Rick Snyder. Smith is also a lecturer in intergovernmental cooperation at the Gerald R. Ford School of Public Policy at the University of Michigan.

“When we began looking for a new CEO, we knew we needed a leader with a strong policy background and a demonstrated commitment to the people and environment of Michigan,” said Lisa Brush, Executive Director of the Stewardship Network and MEC’s Board Chair. “Conan fit these requirements and then some. His professional experience as well as his vision will allow Michigan Environmental Council to continue to flourish as the environment’s champion in Lansing.”

Smith comes from a family of state leaders. His grandfather, Albert Wheeler, was the first African-American to be mayor of Ann Arbor and drafted the civil rights clause of the Michigan Constitution. His mother, Alma Wheeler Smith, served 14 years in the Michigan Legislature and currently chairs the Michigan Civil Rights Commission. Smith continues to carry their legacy forward, by committing his life to public service and the betterment of Michigan. Smith has been a long-time advocate for the environment, public health and equity in Michigan. Starting as a volunteer and working his way up to leadership positions as a program director, executive director and board member, he knows nonprofits from the ground up. He is returning to MEC where he served on the Land Programs staff from 1998 to 2004.

Smith says addressing “race and environment” issues will be a hallmark of his tenure at the organization. Despite the prevalence of environmental justice challenges in Michigan, the state’s environmental movement struggles to reflect the diversity of the population in its leadership, staffing and programs, and there are issues that have become coded as “white” even though large swaths of minorities express interest and concern for them.

“There’s a perception of the ‘environmentalist’ as a white, middle-class treehugger,” said Smith. “In reality concern for the environment is deepest among people of color, the poor and people with strong religious convictions. In short, the stewardship of our environment is important to just about every Michigander. As a movement, we need to recognize that and work intentionally to be more welcoming and inclusive.”

"Conan is the right person to lead the environmental movement to embrace inclusive decision-making that represents all Michigan communities," said Jeremy Orr, State Chair of Environmental and Climate Justice for the Michigan State Conference NAACP. "Vulnerable populations have suffered disproportionately from environmental burdens in our state. Conan understands this history and will work for a truly equitable future for all Michiganders."

Tackling Michigan’s major challenges around water and climate change will remain high priorities for MEC under Smith. The organization plans to intensify its leadership protecting the Great Lakes, including isolating Enbridge’s Line 5 from the Straits of Mackinac, working to prevent and clean up PFAS contamination, and standing up for the Great Lakes Compact which restricts water withdrawals from the state’s watershed. Smith has been a long-time leader on energy issues in Michigan; he helped launch Michigan Saves, a nonprofit that provides low-cost financing for energy efficiency projects, and served on the state’s Utility Consumer Protection Board funding citizen intervention in utility rate cases.

“Conan has been an important advocate for projects that go to the heart of clean energy and sustainability, and a champion of work for underrepresented citizens in those job sectors," said Keith Cooley, President & CEO of Principia and former President & CEO of NextEnergy. "As our state and nation increasingly feel the impacts of a changing climate, Conan will direct his own considerable energies towards finding truly sustainable solutions that support a clean energy economy in Michigan.”

Smith says the work ahead is neither simple nor small for the environmental movement. He sees rebuilding partnerships among the state’s environmental nonprofits as central to restoring Michigan’s global leadership as an environmental steward.

“The appointment of Conan Smith is good news for Michigan's environment. He has the background, vision and commitment to shoulder this important leadership role,” said Lana Pollack, former U.S Chair of the International Joint Commission and former President and CEO of Michigan Environmental Council. “I'm confident he'll work well in collaboration with Michigan's impressive environmental community to build an even stronger voice to protect our Great Lake State.”