Changing of the guard: Chris Kolb hired to lead MEC into new era

Former State Representative Chris Kolb—an environmental champion in the legislature and a veteran of the environmental management field, has been hired as the new president of the Michigan Environmental Council.

Kolb was selected on November 24 to succeed Lana Pollack, who is retiring as the Council’s president after 12 years. The transition is effective on Jan. 1, 2009. 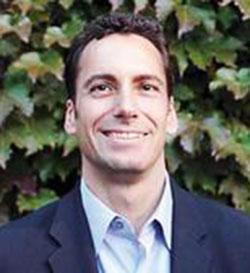 Kolb, of Ann Arbor, was one of the legislature’s most consistent and vigorous defenders of clean water, clear air, and public health during his six years as State Representative from the 53rd District. He was instrumental in important environmental legislation, including open space ordinances, lead poisoning prevention for children, regulation of dangerous polybrominated biphenyl ethers (PBDEs), establishment of a fund to help clean up leaking underground storage tanks, and numerous land use initiatives.

Kolb averaged an outstanding 96% score on his legislative votes on environmental issues during his time in the State House, according to Michigan League of Conservation Voters scorecards.

“As a legislator, the Michigan Environmental Council was an invaluable ally in helping me further policies to make Michigan a cleaner, healthier, more economically vibrant place,” Chris Kolb

Kolb left the legislature in 2006 after term limits prevented him from running. Most recently, Kolb served as executive director of Unity Michigan, coordinating a statewide campaign to create a more progressive Michigan by advancing lesbian, gay, bisexual and transgender and social justice values and issues. Prior to that, he was vice president for public affairs with the Early Childhood Investment Corporation. Kolb also was an Ann Arbor City Council member from 1993 until 2000.

“We are thrilled to have Chris’s passion and experience at the helm as our state and nation enter a critical era of decision making on climate change policy, Clean Energy economic development and implementation of Great Lakes protections,” said Christopher Graham, president of the Michigan Environmental Council’s Board of Directors. “Lana Pollack has built MEC into a formidable voice in Lansing during her tenure, and Chris Kolb is the right person to take that stature to the next level.”

Kolb said he will seek to build on the tremendous progress made by Pollack during the past 12 years in raising MEC’s profile at the State Capitol.

“As a legislator, the Michigan Environmental Council was an invaluable ally in helping me further policies to make Michigan a cleaner, healthier, more economically vibrant place,” Kolb said. “I have tremendous shoes to fill, considering the great progress Lana and her team have made, but I am gratified, excited and humbled to be selected to head such a vibrant organization.”

Pollack said she has no immediate plans other than to take six months off to relax and consider her next challenge.

“It is gratifying to know that the organization that has been my consuming passion for 12 years is being left in the capable hands of a veteran staff, a committed board, and now a proven environmental leader in Chris Kolb,” Pollack said. “They truly have selected a leader who can hit the ground running.”