Couple made lasting partnerships to shape the Michigan we love

Rogers City: A Lake Huron community known for its salmon fishing tournaments, its century-old state park, and one of the largest ports on the Great Lakes.

Midland: A community where the Chippewa and Tittawabassee rivers meet, known for its arboretum and its beautiful parks and bridges.

These cities' stories cross in what they lack: coal-fired power plants.

In 2007, Midland and Rogers City were two of eight sites where coal plant construction was scheduled. Fifteen years later, not a single facility has come to be. In fact, almost every Michigan coal plant is set to retire in just a few years.

How did so much good happen in so short a time?

In each community, residents took an aggressive, public stance against the plants. In Lansing, large nonprofits went to then-Gov. Jennifer Granholm and her administration to enact change. Attorneys ensured all advocates were protected and made the best legal moves. This coordinated, multi-pronged effort played to each member's strengths, and it worked.

"We often fight individual fights across the country," said Anne. "This fight was saying, 'Look, we have to do everything we can to stop as many coal plants as possible, and that means we have to have a comprehensive program that runs everywhere."

This method of action—creating movements by bringing people together—is a refrain in Anne's 40 years of leadership at the Sierra Club, and a successful one at that. So, too, are the efforts of her husband, Tom Woiwode, who led The Nature Conservancy of Michigan and EarthShare of Michigan and later served with the Community Foundation for Southeast Michigan.

If you're not a devout follower of the environmental movement, the Woiwodes' stories are quiet, hidden. But their impact is as vast as Rogers City's state park, as lush as Midland's gardens. 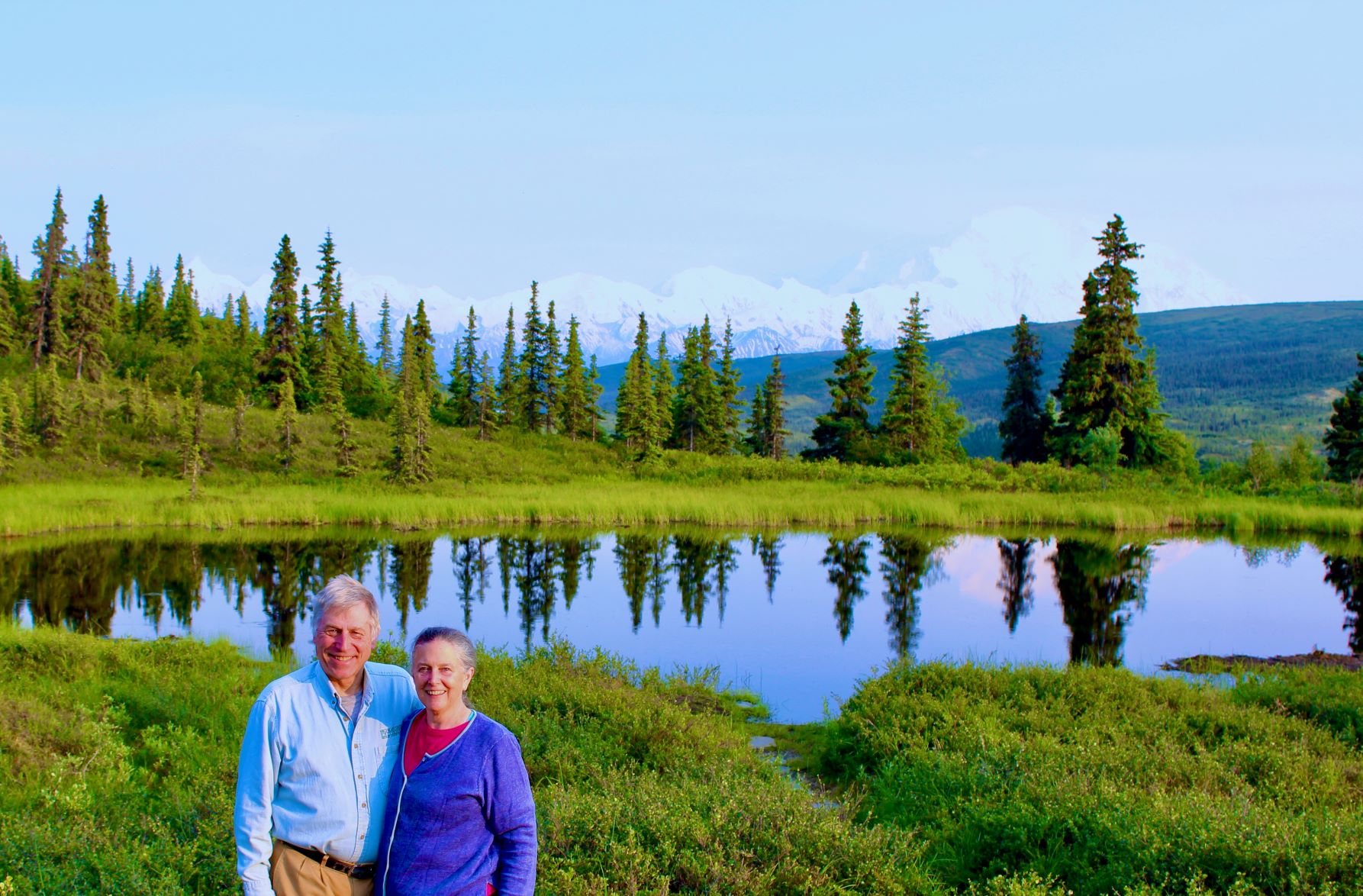 In 1980, Anne was in a state she had never been to before. She had a two-month-old son, a busy husband, and a slight feeling of isolation.

She and Tom had just moved from Washington, DC, to Michigan, where Tom was now the founding director of The Nature Conservancy of Michigan.

To fend off that seclusion, Anne and their son Nate began tagging along with Tom on his drives up and down the peninsulas to private, pristine properties his organization wanted to preserve. Doing so allowed Anne to see how beautiful Michigan was and how much it needed protecting.

Now, thanks in part to Anne, the Sierra Club is composed of tens of thousands of Michiganders served by over a dozen staff. But at the time, the environmental organization, like most others in the state, was a sprout of its future self. Sierra Club's small size made protecting land, water, and people at the statewide level tough.

"It was an interesting time because there really wasn't much of a presence on environmental issues in Lansing," said Anne. "There were no real lobbyists, unlike today, only small groups."

Compounding the matter was the "hand to mouth" nature of these environmental groups, said Tom. Most could only afford to meet their immediate needs and didn't have big, impactful programs that created good, long-lasting change.

"If groups are going to be effective, they need professional resources, they need capacity," said Tom. "And they simply didn't have it."

To give environmental groups the Lansing presence they needed to protect all of Michigan, Tom joined with other environmental and foundation leaders to help foster the idea of a statewide council. With that jumpstart, the Sierra Club, and five other groups came together to create the Michigan Environmental Council.

With a critical Lansing presence established, Tom went on to help groups like those that founded the Environmental Council find the finances to be powerful players in their own rights. He did so by creating EarthShare of Michigan, which individuals and private and public employees across the state can use as a way to donate money. People can designate part of their earnings to top-notch environmental nonprofits through the organization. As a result, the budgets (and strength) of environmental nonprofits grew.

In just one decade, Anne and Tom had not just become the inaugural staffers to two of the largest environmental groups in Michigan, they gave others the means to become just as impactful.

Anne continued to use her movement-building prowess throughout her time as the Sierra Club Michigan chapter's director. Her long tenure there allowed her to effectively organize around issues that took years of relentless advocacy to resolve. Partners came and went, but Anne and the Sierra Club stayed.

Take the Michigan Wilderness Act of 1987. By the time Anne was hired onto staff, she and other volunteers had already been working on this major nature preservation bill for years.

The bill would preserve more than 90,000 acres of pristine land, largely in the Upper Peninsula. But it hit a snag when its champion, US Senator from Michigan Don Riegle, was confronted by a few angry Yoopers and changed his mind about the effort "on the spot," said Anne. 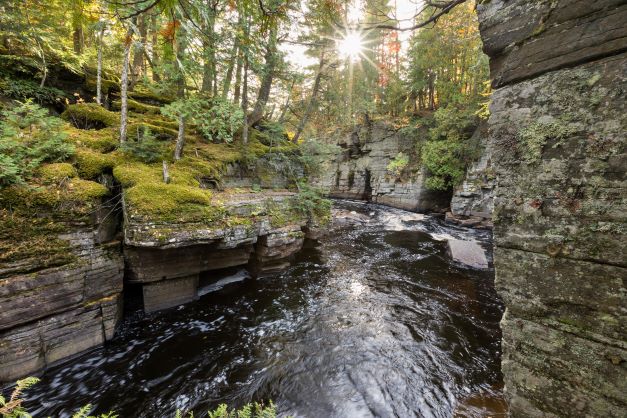 So, Anne, the Sierra Club, and the coalition of advocates they had built began to work with other changemakers in government. They established solid relationships with then-Gov. James Blanchard, Sen. Carl Levin, and Rep. Dale Kildee to make the bill law. Places like the Nordhouse Dunes and the Delirium Wilderness are here because of it.

Or take the CAFOs issue of the late 1990s—a time marked by "disgusting" dinner conversations, said Tom. These large livestock operations were polluting the water and ground of rural communities with massive amounts of manure.

The State of Michigan was required by law to limit that pollution through permits but made no effort to. So, Anne, the Sierra Club, and activists in Lenawee County spent the next few years petitioning the federal government to intervene. It worked, and the state government came into compliance.

While Anne built coalitions, Tom built relationships grounded in trust and ingenuity during his 20-year tenures with The Nature Conservancy of Michigan and the Community Foundation for Southeast Michigan.

The results of his endeavors include the protection and pristineness of the Keweenaw Peninsula, North Manitou Island, and Grand Mere State Park, and the exemplary status the Joe Louis Greenway and the Dequindre Cut present in creating green, purposeful spaces in urban environments.

Preserving land could mean acquiring it, and it often came with complex, years-long scenarios that put his attorney skills to the test, Tom said.

Take Grand Mere State Park. The site was formerly made up of sand mines owned by a British company and numerous private properties. Tom flew over to London to work with the company, came back to Michigan to work through four lawsuits, and met with landowners along the southwest Michigan coast to talk about how rare, beautiful, and critical the dunes and forests they owned were to our state and planet. The relationships he built eventually resulted in the purchase of the property, and allowed the state park to be created. 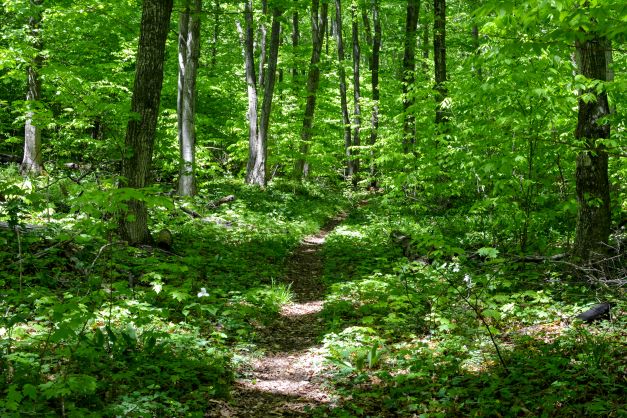 Or take North Manitou Island off the coast of Leelanau Peninsula. Sleeping Bear Dunes wanted to make this largely untouched island protected under the national lakeshore’s wilderness designation, but the Leelanau Road Commission wasn't keen on budging—they were receiving money for the island's few roads. So, through The Nature Conservancy Tom bought the roads, and gave them to Sleeping Bear Dunes, which then allowed the national lakeshore to bring North Manitou Island under wilderness protection.

While the work of Tom and Anne is so grounded in the process—the coalition-building, the relationship-building—the reason the Woiwodes' stories aren't in the public spotlight are for good reason. The impact of the work they've been granted to take part in matters more, they said.

It's the cleaner air from less coal plants, the water kids in farming communities can play in, the awe of allowing wilderness to envelop you for a few hours.

"While you can touch and feel and see and walk on all these things, I think something more important is that people long after we are out of this business are going to enjoy and benefit from all this," Tom said. "They literally have changed the way people think about the environment, about their relationship to the environment, to each other, and that's the legacy."